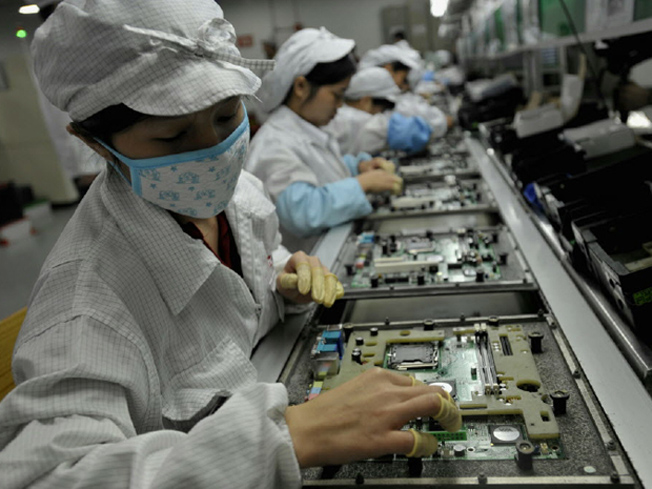 Few people outside of China have a real appreciation for not only how big Foxconn is, but just how many products it helps manufacture. While Foxconn is typically mentioned in the same breath as Apple, the company’s list of customers reads like a who’s who of technology heavyweights: Amazon, BlackBerry, Dell, Google, HP, Cisco, Microsoft, Nintendo, and Sony, just to name a few.

Still, with tens of millions of iPhones sold each and every quarter, Apple is by far Foxconn’s biggest client. While much has been made of the working conditions at Foxconn, in large part due to some highly publicized suicides, there hasn’t been much in the way of information as to what the Foxconn campus looks like and what everyday life is like for employees. Remember, with over 1 million employees (spread out across a few campuses and cities), many Foxconn workers live and work on a corporate campus reminiscent of what you might find in many college towns across America.

Recently, Re/Code was granted unprecedented access to Foxconn’s dorms on one of the company’s campuses. In a particularly interesting write-up, Dawn Chmielewski recounts what she saw when she was taken on a guided (read: controlled) tour.

Living conditions often are a flashpoint for Chinese manufacturers, with inferior food, poor sanitation and overcrowded dorms sparking a riot in 2012 at one Foxconn factory in Taiyuan in northern Shanxi province. One undercover report from that period described squalid conditions at the dorms in Shenzhen, which smelled of rotting trash and sweat.

In his tour of the Shenzhen facility, Woo sought to portray the dormitories as akin to college campuses — with up to eight people per room. We entered one first-floor room (without obtaining the occupants’ permission, according to our translator) where four roommates occupy identical metal bunk beds, with thin mattress and mosquito netting on top, and a desk and storage underneath. A handful of garments hung from a rod suspended between the beds as a makeshift closet. It’s hardly ornate, but it didn’t give off a scent of rot, either.

One of the more interesting aspects of the piece centered on how Foxconn is catering to a younger workforce, which is to say PC gaming and Internet cafe’s are now part and parcel of the Foxconn experience.

The entire post is well worth a read, complete with photos and more detailed first-hand descriptions of Foxconn living conditions than we’ve seen before.