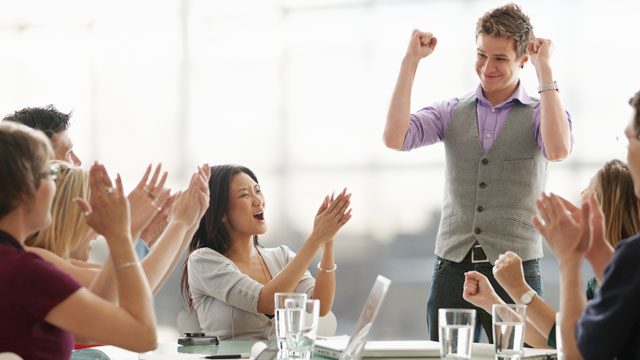 Being stuck in an office five days a week for at least eight hours a day doesn’t necessarily make you more productive, as there are plenty of ways to pretend you’re working when you really aren’t. In fact, it looks like more and more companies have come to realize that their employees might be better off working four-day work weeks since they’ll still be able to get the job done in spite of taking more personal time.

“I do more than 40 hours a week of work, but it may not be on the ‘typical’ office schedule,” an editor, who’s paid $75 per hour even on an unofficial “work from home” / day off, told the New York Post. “I’ll do my work on my own time, but regularly having a day out of the office makes me more excited and motivated.”

Like her, there are many people who convinced their bosses to let them either take off for a day and work from home, regardless of whether that’s actually what’s happening.

The news site says that a 2013 analysis from research firm Global Workplace Analytics revealed that 78% of employees who call out sick are using the time for personal needs.

Hence, employers are adapting to create a more productive environment, or even to keep certain employees to whom they can’t afford to offer raises.

A 2015 study from Staples says that 59% of employees whose offices offer flexible schedules say free time is a key factor in productivity.

“Everyone who works on my staff is committed, so that means I trust them to take a flex day or work-from-home day when they need it,” video training platform Grovo CEO Jeff Fernandez told the site, saying that his staff can adapt their schedules based on what works for work-and-life balance.

In Japan, global clothing chain Uniqlo said earlier this month that it would let 10,000 employees in Japan work 10-hour days four days a week, though not all companies are taking such an official approach to four-day work weeks.

Interestingly, one company that manufactures leather goods, Secaucus, says its flexible schedule offers have not affected regular business hours, as not all employees take off at the same time. The company offers employees no-work Fridays and half-day Wednesdays without limiting workers on how to take advantage of them. Employees can use both opportunities in the same week to score some free time. But just up to one-quarter of the staff takes advantage of a free time on any of these days.

“People will have more freedom to determine which hours to work, as long as they get the work done,” Fortune 500 consultant Bill Jensen told the Post.

Career expert Roy Cohen advises anyone looking to suggest such a working arrangement to talk to their manager and find compelling arguments of how a four-day workweek would benefit the company. After all, career analysts predict that this type of work schedule will only get more popular in the future, as productivity is measured less in face time and more in results.