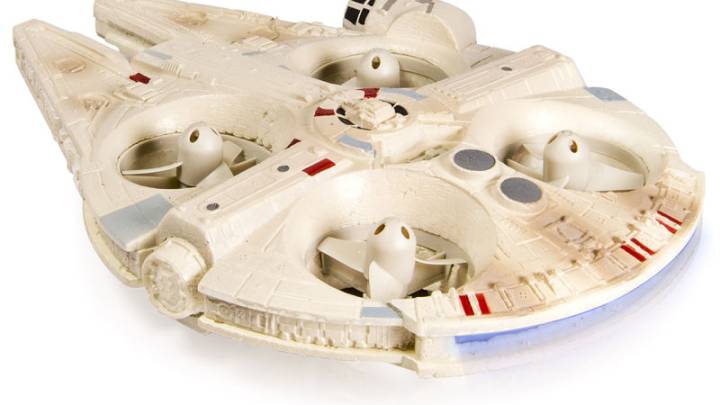 Disney has dubbed today “Force Friday,” although it’s really just an excuse for the company and its toy manufacturer partners to sell a new round of Star Wars-themed toys. Two new toys that we thought would be of interest to BGR readers are a pair of aerial drones that are designed to look like the iconic Millennium Falcon and X-Wing Fighter spaceships.

Per Gizmodo, toy manufacturer Air Hogs has released two new Star Wars-themed drones modeled after the two most popular ships from the films.  Here is the description of the Millennium Falcon drone:

And for the X-Wing Fighter:

Air Hogs Star Wars X-Wing gives fans the chance to fly their very own highly detailed X-Wing, complete with blasters and R2-D2. The 2.4 GHz signal delivers a 250ft range while the powerful ducted fans provide a fast and controlled flight.

You can order the Air Hogs Millennium Falcon drone from Amazon on sale for just $88. Walmart, meanwhile, is selling the X-Wing drone for just $59.86.