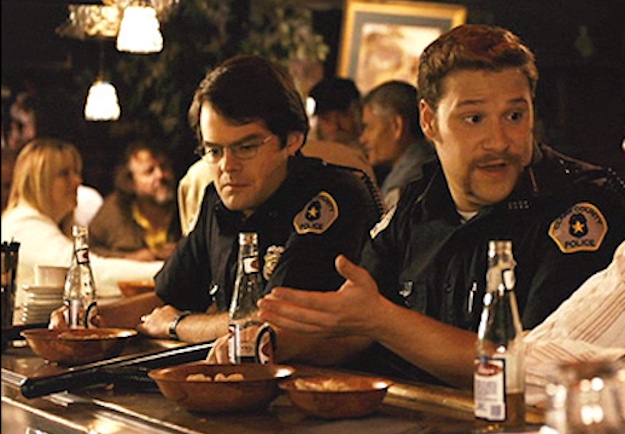 The state of Florida, for whatever reason, seems to produce a disproportionate number of utterly bizarre stories that would easily have you believe society is devolving far too quickly. Florida’s penchant for the absurd is so acute that it’s even spawned a popular twitter account, aptly titled Florida Man, that solely aggregates crazy news stories that begin with those magical two words, “Florida man…”.

Recently, in a story that you might otherwise think was ripped from The Onion, a Florida police officer named Michael Szeliga showed up at an anti-drunk driving conference in Fort Lauderdale to not only receive DUI law enforcement training, but to receive an award for making over 100 DUI arrests. The conference, naturally, was sponsored by Mothers Against Drunk Driving (MADD).

DON’T MISS: The deal you’ve been waiting for: $30 off the Amazon Echo for one day only

Though the conference originally took place this past July, the precise details surrounding Szeliga’s shenanigans at the conference were only recently brought to light. And when we say shenanigans, we’re talking about an epic level of nonsense and non-professional behavior.

Right off the bat, Szeliga decided it would be a good idea to bring a bottle of Jameson Irish Whiskey down with him, safely tucking it away inside the luggage stored inside his patrol car. Next thing you know, Szeliga and two other Sherrif deputies skipped out on the first(!) training session of the conference to sneak back to Szeliga’s hotel room for a few mixed drinks. Later on, they even played a few games of cornhole, apparently doing their best to act out a cheezy 90s comedy you might normally find on USA Network late at night. I suppose you’re never really too old to play hooky.

And that’s just the start of this whimsical and distinctly Floridian tale.

WFLA News reports on what happened next:

As evening approached, Szeliga and his Pinellas deputy roommate were dressing for the awards banquet when a fire alarm sounded in their wing of the hotel. That’s when, according to the records, a Pasco County sergeant who runs the DUI squad in that county reported seeing Szeliga in the hotel hallway wearing “nothing but boxer shorts.” The sergeant said, “He was pretty drunk when I saw him,” according to Szeliga’s supervisor.

The Pasco sergeant told investigators Szeliga’s eyes were glassy and his speech was slurred.

As the night progressed, it was soon time for Szeliga to accept his award for having a strong DUI arrest game. Of course, when Szeliga showed up to the banquet hall, witnesses said that he was incredibly drunk and was most definitely not in any shape to accept the award or deliver any sort of speech.

Gulfport Police Chief Robert Vincent encountered Szeliga outside of the banquet and suggested it wasn’t appropriate for Szeliga to attend the affair due to his intoxication. That lead to “disrespectful” comments Szeliga directed toward Vincent, which prompted Vincent to seek out one of Szeliga’s supervisors and tell him Szeliga was “wasted.”

Without question, this is a Florida Man story for the ages.

As for Szeliga, he received a one-day suspension with pay.