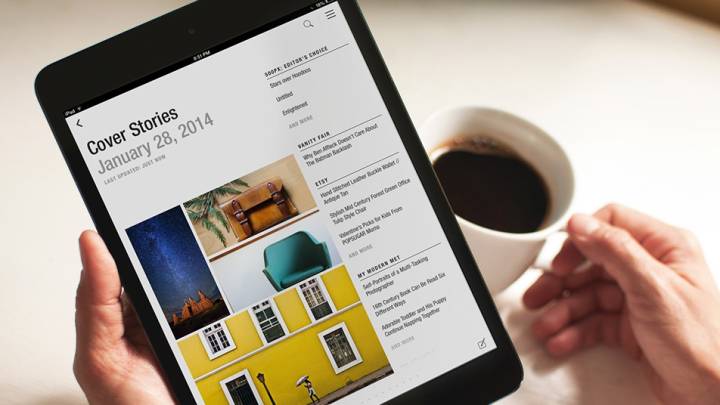 For some context about how far the content consumption platform Flipboard has come in its now five-year history, start with a number: 15 million.

That’s how many “magazines” – collections of content ranging from news stories to sound files to YouTube clips – Flipboard users have created within the service since Flipboard’s launch in 2010, according to Marci McCue, Flipboard head of marketing wife of CEO and co-founder Mike McCue.

The day after Flipboard launched its latest new feature last week, a blog geared toward helping educators tailor the use of Flipboard and its magazines to their own teaching needs and classrooms, McCue paused to talked with BGR about the trajectory the company already has traveled – and what’s still to come.

For starters, both the company and the service have grown to span the globe. In addition to the millions of user-created magazines, Flipboard the company likewise has matured, employing 170 people today. That includes around 120 people in Palo Alto where Flipboard is headquartered and others spread between offices in New York, China and Seattle. There’s also a small team in Beijing, McCue says, that’s working on doing a version of Flipboard for China. Beyond that, the platform is localized in over 20 languages.

Meanwhile, the pace of innovation at the company has accelerated over the past year or so. Consider that in the past year alone, Flipboard added the ability to share to Flipboard from within iOS 8; the service arrived on Windows Phones; and Flipboard added a “Daily Edition” as a kind of daily news-round up for readers. Flipboard also rolled out the ability to follow more than 30,000 topics – everything from “The Beatles” to “zoology,” which complemented the existing ability to plug social media accounts into your Flipboard collection, along with publishers and other content creators. And Flipboard made the leap from mobile devices to the Web, where a month ago the service brought its print-like aesthetic.

It should also be noted – Flipboard’s core idea hasn’t changed amid all that newness. The service still hews closely to the vision that emerged after McCue and her husband first sat down with former Apple engineer Evan Doll (also a Flipboard co-founder) and over coffee on University Avenue in Palo Alto first talked about the best way to share information on the Web.

“The original idea was you’d discover things people were sharing, and along the way we began to integrate publishers and RSS feeds more deeply,” McCue says, looking back. “It was this notion of a social or personal magazine you could customize. We still believe, at our core, that great content can change the world. For us, it’s always been about finding the best content, even if it’s niche.”

Fans of the service include Zula CMO Hillel Fuld, who curates a handful of Flipboard magazines on topics like “Israel Tech” and “Curation and context.”

“As far as I’m concerned, Flipboard nailed every aspect of the mobile experience,” Fuld says. “Design? Beautiful. Retention? I can’t get enough. Even monetization? The ads in Flipboard are stunning. The team led by Mike is top-notch and the app just keeps better.”

Flipboard started on the iPad. In 2011 it moved onto the iPhone, then to Android devices, making tweaks along the way to the interface that married the experience of flipping through a print product with the beauty and seamlessness of viewing content on the Web. Among the factors they couldn’t have necessarily planned for but certainly helped, phones and tablets got bigger along the way, meaning the positive reading experience on the iPhone with only a 4-inch screen back when Flipboard first appeared on the device looks even better on the 5.7-inch iPhone 6 Plus today.

And being on the Web now, McCue says, means “the loop is complete.” So what’s next?

Here’s one thing. Flipboard doesn’t refer to itself as a social network, but you could argue it’s becoming that – or, at least, that there’s a kind of social network within Flipboard that exists alongside the content curation.

Consider the Flipboard magazine “Startups Only,” the cover page of which says it offers “news about and for startups and their founders.” It’s curated by Robert Scoble of Rackspace, Mike McCue and Fuld.

Now look at these numbers: The magazine has more than 36,000 followers. Its nearly 5,700 articles have more than 184,000 viewers. Scroll through the magazine, and you’ll see that Flipboard users have “liked” articles throughout the magazine and even more have “reflipped” articles in that magazine into their own magazines. Users also are increasingly taking advantage of the ability to comment on individual articles within magazines like this one.

“What we’ve done over the past year is allow people to get more personal and to go deeper into the content,” McCue says. “We want to allow you to have more voice in the magazine. How do we give you that? It could be a letter to readers. It could be in annotating things. We want to give you more of a platform for connecting around your passions. We’ve definitely come a long way, but we’ve still got farther to go.”