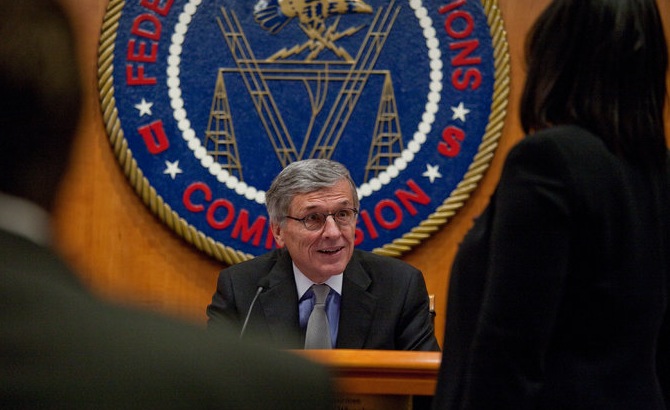 The Federal Communications Commission on Thursday voted to adopt a new notice of proposed rulemaking on a controversial new net neutrality plan that could allow Internet service providers to create separate services where they could charge Internet companies more money to make sure their traffic gets delivered faster than on the standard Internet. Although the proposed plan asks whether it would be possible for ISPs to create so-called “fast lanes,” FCC chairman Tom Wheeler insisted that it would not create a system where the Internet was divided into “haves” and “have nots.”

In supporting the measure, Wheeler repeatedly said that this proposed rulemaking is not in any way a final proposal but is only the start of a process where it would take in input from the public about the best way to move forward.

The measure passed on a three-to-two party line vote, with all three Democratic commissioners supporting it. Commissioner Jessica Rosenworcel voiced very tentative support for the measure, however, and criticized the FCC’s overall approach as one that didn’t take into account public opinion or comment. In voting to push the measure forward, Rosenworcel said that now was the time to listen to concerns the public had and making serious revisions to Wheeler’s proposal including dropping language that would allow for Internet fast lanes.

Now that the measure has passed there will be a 120-day comment period for both citizens and companies to register objections to the proposed rules. After four months of receiving comments, the FCC will come back to consider whether or not to adopt the revised plan.