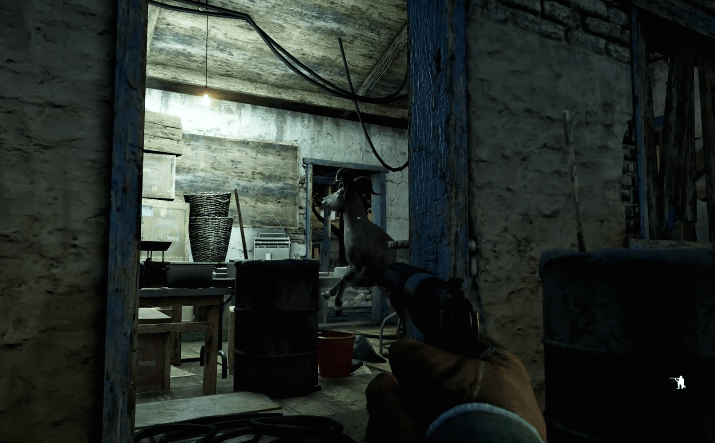 Goat Simulator has been one of the surprise hit games of the year, as many gamers have seemingly relished the opportunity to assume the role of a maniacal goat who’s bent on wreaking havoc and creating destruction all around him. However, YouTube user Robbaz has created a hilarious video using the map editor feature in Far Cry 4 in which one man takes revenge on all goatkind by invading their secluded home base deep in the mountains and killing their grand leader.

Wait, did that make no sense to you? Yeah, we thought it didn’t, so let’s explain: Robbaz created a map using the Far Cry 4 map editing tools and loaded it up with goats as the main enemies. Of course, the goats’ AI in the Far Cry 4 editor makes them much more docile than the goats we see in Goat Simulator, so Robbaz made up an elaborate story in which the goats were really James Bond-style supervillains who had to be stopped at any cost.

As he enters the main goat compound, he takes out assorted guards with throwing knives before he comes to the main boss — a goat that looks and acts exactly like all the other goats except he’s behind a desk, which signifies that he’s the brains behind the operation. Robbaz proceeds to strap plastic explosives to his head, detonates him and then goes on a rampage to destroy the rest of the compound. He then climbs atop an elephant and rides out in true Hannibal-style triumph.

The full ridiculous video follows below and it really shows you how awesomely creative gamers can get when you give them modding tools to play with.