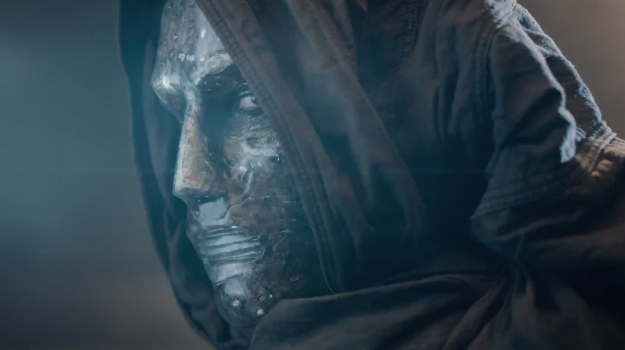 It’s unclear just how deep the issues ran on the set of Fox’s rebooted Fantastic Four, but a new story from The Hollywood Reporter paints the clearest picture of the dysfunction to date.

The funniest detail comes from the first lines of the article, in which a source reveals that director Josh Trank sent an email to the cast of the film shortly before opening day stating that Fantastic Four was “better than 99 percent of the comic-book movies ever made.” A cast member responded with the following: “I don’t think so.”

As THR goes on to note, the story might not have been so volatile had Trank let whatever behind-the-scenes drama transpired remain behind the scenes, but the tweet on August 6th stirred the pot enough to get reporters poking around for juicier details, resulting in the continued fallout.

Inside sources suggest that the original reports of “erratic behavior” actually undersold the extent of Trank’s irresponsibility, resulting in the director hiring lawyer Marty Singer to keep his name as clean as possible.

Another one of the key talking points throughout this drama-filled episode has been the idea that Trank wanted to deliver a dark, gritty, sci-fi horror film, but Fox fought him every step of the way to ensure they’d have a colorful, friendly comic book movie to attract the same crowd putting The Avengers over $1 billion at the box office.

Those close to the film say that wasn’t the case at all:

“Another source says the notion of firing Trank came up even before the cameras started to roll. But Fox put its faith in him because he had directed the studio’s 2012 found-footage hero movie Chronicle, which grossed $127 million worldwide on a $12 million budget. Based on that, insiders say Fox executives thought they had found an “in-house director,” a young talent who could become another J.J. Abrams. And the studio was trying to shake off its reputation for micromanaging filmmakers. So executives were reluctant to interfere on Fantastic Four despite warnings of trouble.”

So although it looks like both director and studio deserve blame for the final product, it doesn’t appear that Fox was interested in stifling Trank’s creative vision. The executives just didn’t know how to handle the situation, so they settled for the 9% film you can see in theaters today.