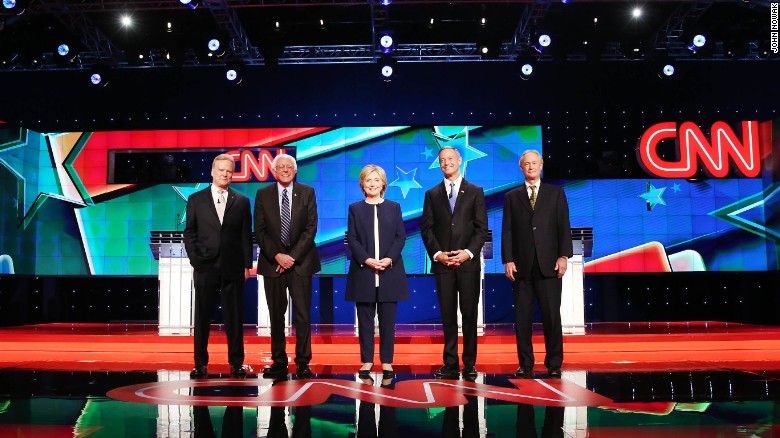 Even without the presence of the proud billionaire that’s set to host SNL next month, the Democratic debate on CNN managed to pull in record viewing figures last night. But when a group of politicians spend hours on stage answering questions, it’s pretty much a guarantee that fact-checking their answers will be a necessity.

SEE ALSO: AT&T becomes the first carrier to link all of your devices to a single phone number

This morning, after the dust had settled, FactCheck.org published a comprehensive analysis of the claims made by the candidates on stage in Las Vegas last night. The amount of inconsistencies probably won’t surprise you.

Without getting into the gritty details, here are some of the highlights:

One of Bernie Sanders main talking points throughout his campaign, as well as during the debate last night, has been the future of Social Security. Sanders says that his plan to raise the cap on payroll tax will strengthen Social Security for years to come, but he failed to mention that individuals in a higher income bracket who would begin to pay more to keep the system afloat would not see any additional benefits, which is counter to historical precedent.

Perhaps the biggest reaction from the crowd came when Bernie Sanders defended Hillary Clinton when she was pressed by Anderson Cooper about the private email scandal. But whether or not you think the scandal is actually scandalous, it’s worth noting that Clinton is sticking to her story: “What I did was allowed by the State Department.” This is true (to an extent), but it’s also worth noting that the State Department requires government employees to preserve their emails and turn them over at the end of their term. It took Clinton nearly two years to turn over her personal emails.

Finally, let’s jump back to Bernie. It’s clear that Sanders has struck a chord with the American people by hammering home the point that income inequality shouldn’t be as enormous of an issue as it is in this country, but he needs to stop exaggerating. Last night, Bernie said that the U.S. “should not be the country that has […] more wealth and income inequality than any other country. Congratulations, Bernie — we’re not! FactCheck.org found that the U.S. ranked 42nd in income inequality using the “Gini index.” And just to be clear, there are more than 42 countries.

Some of these might seem less pertinent than others, but it’s important that we hold our candidates to high standards while they’re running for office. The sooner the candidates get their facts straight and settle on one side or the other of the most pressing issues facing the country, the sooner we can actually debate those issues.

Be sure to visit FactCheck.org for more on Tuesday night’s debate.