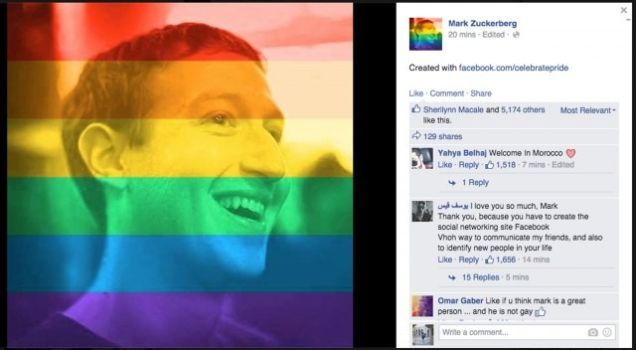 The social network wouldn’t firmly deny that it’s tracking the rainbow profile pictures that started appearing on Facebook soon after the Supreme Court legalized gay marriage. You’ve probably seen many friends use the tool Facebook set up so that anyone can add a rainbow to their profile picture, and you may have done it yourself. But if privacy is a concern, you might be in for an unpleasant surprise.

“This was not an experiment or test, but rather something that enables people to show their support of the LGBTQ community on Facebook,” a spokesperson told Gizmodo. “We aren’t going to use this as a way to target ads and the point of this tool is not to get information about people.”

Before that, the company told The Atlantic that the rainbow profile photos were not an experiment or test, as “everyone sees the same things.”

Why all the questions you ask? Well, Facebook is known to conduct such experiments to understand its users better, and ultimately to make more money. Not to mention that Facebook has had its fair share of privacy-related issues, including user-tracking – the company can track users even when they’re not signed into Facebook, and it can also track people who don’t have an account.

To check out the new tool, simply follow this link.