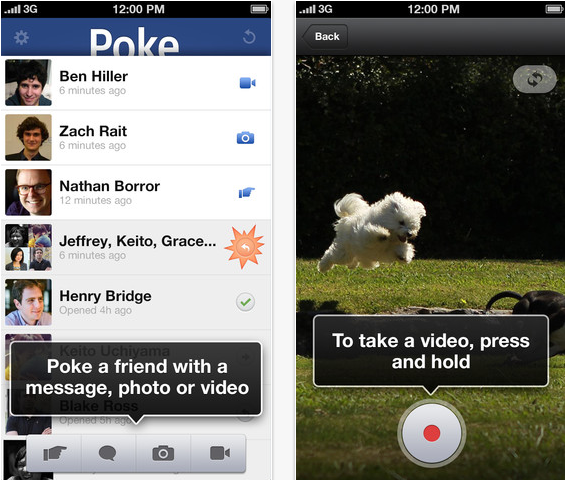 Facebook (FB) on Friday released a new free application for the iPhone called Poke that competes directly with Snapchat and allows users to send a messages, photos or videos that will self-destruct after a set time. With Poke you can send messages to individual friends or groups that are set to expire after one, three, five or ten seconds. The app is simple to use and only requires you to hold down a finger on a thread to activate the timer for a specific message. It was previously reported that an Android version would be released too, however Facebook did not reveal any such plans at this time. Poke is set to be available on the App Store later today.