Late on Thursday, Facebook CEO Mark Zuckerberg published a post announcing that the world’s largest social network had reached an impressive new milestone: on Monday, August 24,  for the first time in site history, one billion users used Facebook in a single day.

To put this figure into perspective, consider these two data points. First, Zuckerberg points out that 1 out of every 7 people on earth logged into Facebook during a 24 hour period. Second, back in 2012, 1 billion users visited Facebook actively each month.

In a relatively short period of time, Facebook successfully jumped from a popular social networking site into a global brand with tremendous influence. Though Facebook has encountered its fair share of controversy over the past few years, the site continues to grow in a myriad of ways.

We just passed an important milestone. For the first time ever, one billion people used Facebook in a single day.

On Monday, 1 in 7 people on Earth used Facebook to connect with their friends and family.

When we talk about our financials, we use average numbers, but this is different. This was the first time we reached this milestone, and it’s just the beginning of connecting the whole world.

I’m so proud of our community for the progress we’ve made. Our community stands for giving every person a voice, for promoting understanding and for including everyone in the opportunities of our modern world.

A more open and connected world is a better world. It brings stronger relationships with those you love, a stronger economy with more opportunities, and a stronger society that reflects all of our values.

Thank you for being part of our community and for everything you’ve done to help us reach this milestone. I’m looking forward to seeing what we accomplish together.

And though many, if not most, people use Facebook to simply keep up with friends and loved ones, the top two comments on Zuckerberg’s post highlight how the social networking site can be life transformative.

The first one reads:

Love how facebook connects people all around the globe, not just as friends, but also groups where people can connect.

I found an amazing group of twins that had also lost their twin. Without Facebook I would have gone through my life thinking I was alone in my grief and loss. With the power of Facebook I have come to terms with losing my twin and made life long friends who have gone through the same pain as myself who understand exactly what it is like to lose a twin.

The second one reads:

In the 2011 earthquake in Japan – my family wouldn’t have known that my kids and I were ok…or our whereabouts if it weren’t for FB. Normal email communication and phone lines were down, but thank goodness FB was up! 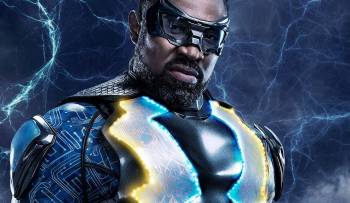