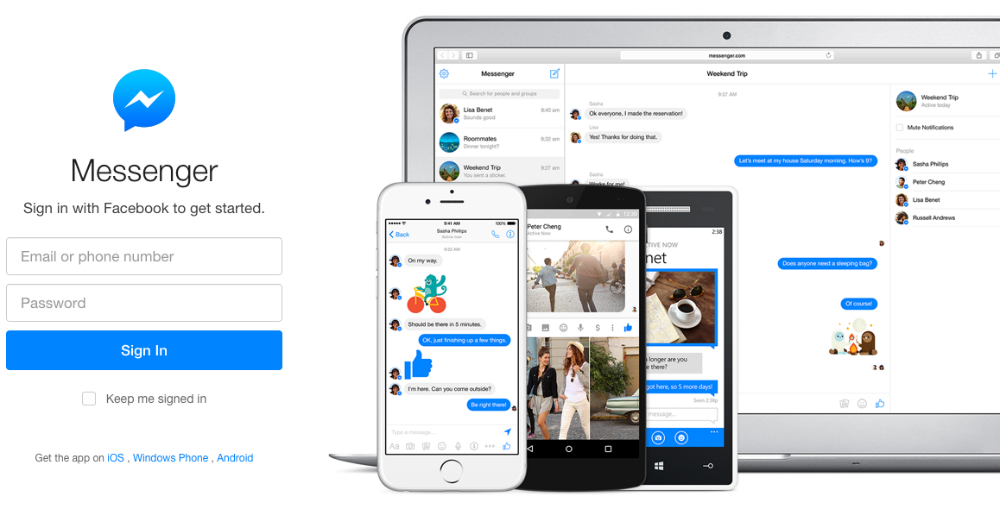 Facebook already has a variety of highly popular mobile apps available on iOS and Android, including the regular Facebook app, but also messaging apps like Messenger and WhatsApp, with each of them already being used by hundreds of millions of consumers. Unsurprisingly, the company wants yo offer similarly targeted services to desktop users. Facebook on Wednesday launched a standalone Messenger.com portal, where users can enjoy only messaging features, just like on mobile devices.

The new web platform isn’t meant to replace the messenger features of Facebook.com, just as it happened on mobile not too long ago. Facebook simply wants to offer users a messaging-only web app that handles just communication. The messaging feature of Facebook.com will still be available to those users who don’t feel the need of a separate app for chatting.

Thus, the desktop version of Messenger is similar to the mobile app, letting users chat with their friends and share files. The interface is exactly the same as the mobile version, so you should to go about your chats with ease as soon as you’ve logged in using your Facebook credentials.

Unfortunately, there aren’t any actual Windows and Mac apps for Messenger yet, although at least an unofficial OS X app is in the making. Messenger.com can be accessed here right away — meanwhile, the third-party Mac app for it is available at this link.