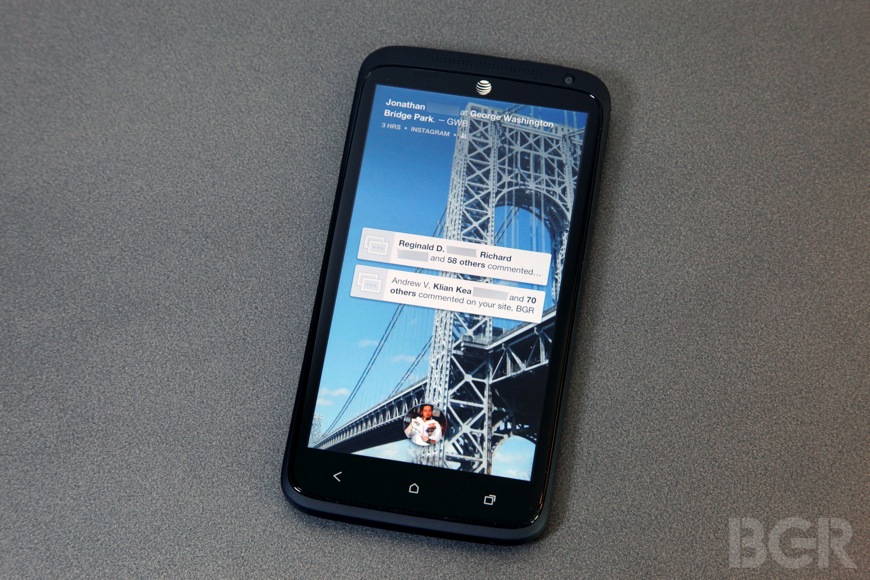 Facebook unveiled Facebook Home, an application that replaces your Android phone’s homescreen with Facebook photos and status updates, earlier this month for select Android smartphones. Google chairman Eric Schmidt previously called the software “fantastic” and said it was a creative tweaking of the operating system that fits in well with Google’s conception of Android as an open source platform. He isn’t the only Google executive who finds Facebook Home intriguing, however: Android design chief Matias Durate told ABC News that Facebook’s homescreen replacement “shows an incredible amount of polish and attention to design detail,” which is impressive especially because it “didn’t come from a hardware manufacturer.”

He added that “with the Home experience, they did a nice job expressing the Facebook experience, but so much of the Google design experience with Ice Cream Sandwich [Android 4.0] was in there as well.”

The executive wasn’t bothered by the fact that Facebook Home replaced traditional Android homescreens. Like Schmidt, Durate cited openness as a core philosophy of the Android operating system. He went on to say that he was generally excited “about a trend where people have more designers involved in their customizations of Android,” adding that “the work we do with the Google apps fits more seamless with it.”

Facebook Home is currently available for the HTC One, One X, One X+, Galaxy Note II, Galaxy S III, Galaxy S4 and comes preloaded on the HTC First.