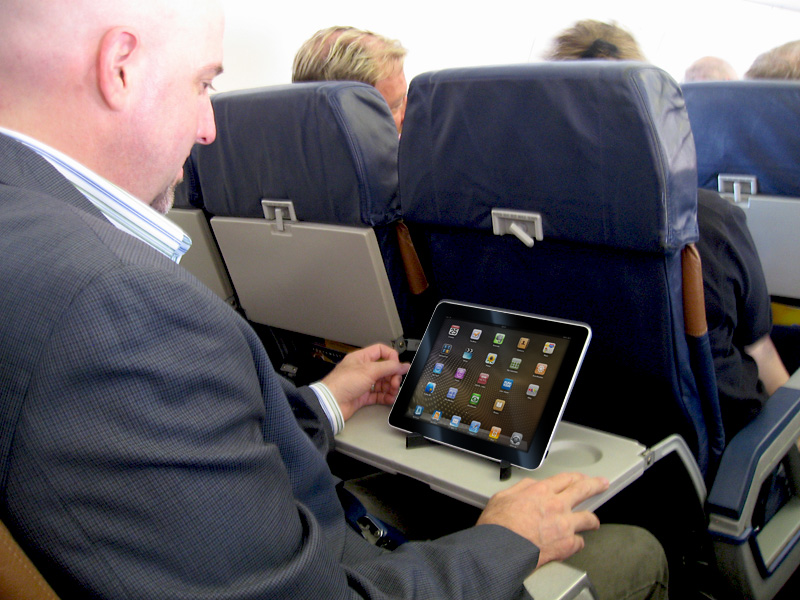 In a move that will be welcome to all tech-savvy frequent fliers, the Federal Aviation Administration may finally loosen its rules on using electronic devices during flight takeoffs and landings. The New York Times reports that the FAA plans to allow fliers to use their laptops and tablets while set to “airplane mode” at during the takeoff and landing process by the end of the year. This doesn’t give fliers carte blanche to keep all their devices on throughout the whole flight, however, since the FAA would keep its current rules in place for cellphones and smartphones. News of a potential rule change comes just over a year after the FAA promised to give revising its in-flight electronics rules “a fresh look.” Outgoing Federal Communications Commission chairman Julius Genachowski late last year urged the FAA to step up their efforts to change the rules and said that the agency should “enable greater use of tablets, e-readers, and other portable devices” on flights.