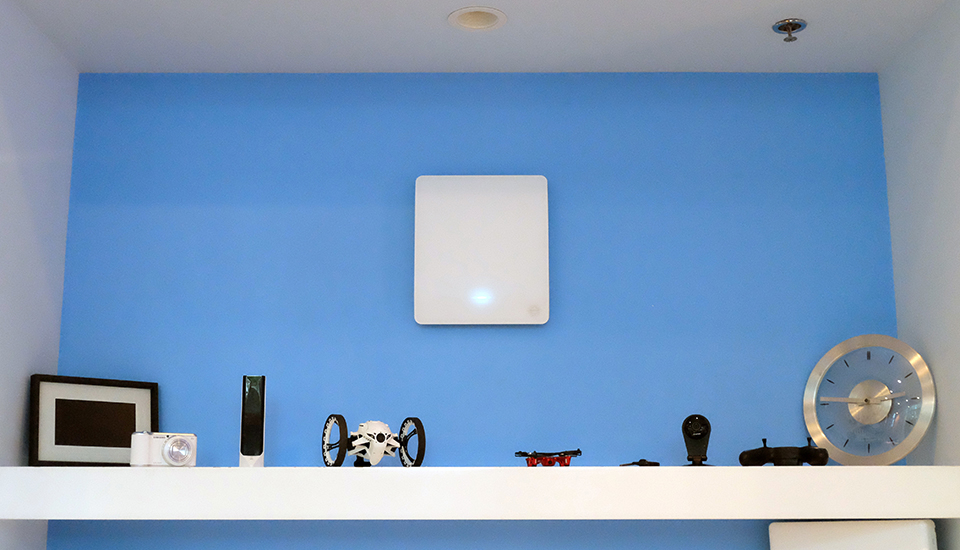 The problem with current wireless charging devices is that in most cases a charging pad tied to the wall is needed for actually charging devices wirelessly. That’s exactly what startup Energous wants to change in the future, as the company has come up with a solution that would offer true wireless charging powers, Engadget reports. Demoed at CES 2015, the WattUp is a wireless router that can beam energy wirelessly to devices as far as 20 feet away.

The WattUp router uses a variety of wireless technologies, including RF, Bluetooth and other undisclosed patent-pending technologies that make it all happen.

The router can locate devices that need to be charged, and connect to them via Bluetooth LE. Once a connection is set up, the unit sends focused RF signals on the same bands as Wi-Fi which are then converted into DC power by a special wireless chip in a device.

The transmitters can be standalone units, as shown in the image above, or can be built into appliances and other devices that would be ready to charge nearby gadgets.

The WattUp devices would be able to smartly decide which gadgets, including phones, tablets, light bulbs and others, to charge first, by determining the amount of energy left in those devices, and gadgets connecting to them can seamlessly move back and fourth to multiple WattUp stations in a house to make sure they’re always in range of a charging station.

In the future, Energous plans to license its technology to other companies, which could create their own charging routers and chips to add such wireless charging powers to a variety of mobile and/or home devices. The first products packing Energous tech should hit stores at some point in 2016.