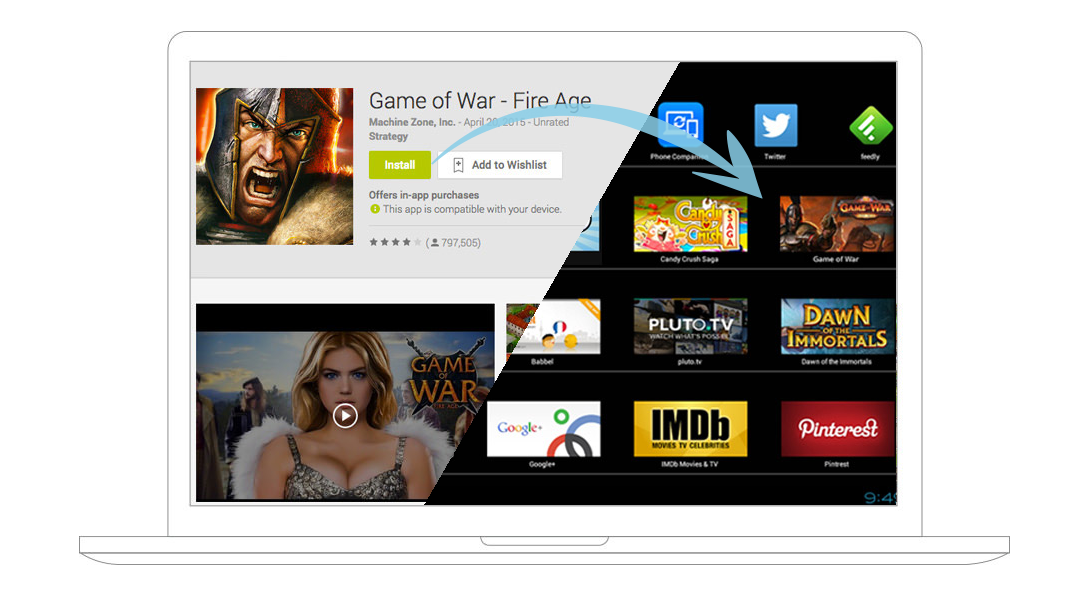 Running Android apps on your Mac desktop just became easier than ever with the official release of the BlueStacks emulator this week. BlueStacks was previously only available on PC, but after an extensively beta test period, it’s finally available for every to download for free from the BlueStacks website.

The best thing about the emulator (other than the fact that it’s free) is how easy it is to install and use. Simply download the app, double tap the icon and follow the instructions. Within minutes, you’ll be logged into your Google account with the ability to download millions apps you’re sure to recognize from the Play Store.

Keyboard controls work flawlessly within the emulator as well. Each and every app has been adapted to work with the software, and you can even make apps full screen or pinch-to-zoom on the trackpad, just like you would on a smartphone or tablet display.

Beyond playing games and accessing apps from your desktop, BlueStacks also allows you to upload files from your computer straight to the virtual mobile environment. Have a photo you want to share? Download Instagram, find the photo, add a filter and send it out your followers.

BlueStacks already boasts 90 million Windows users, but now that the software is available free for Mac users, that number is sure to skyrocket in the coming months. Download BlueStacks from the company’s website and watch it in action in the video below: