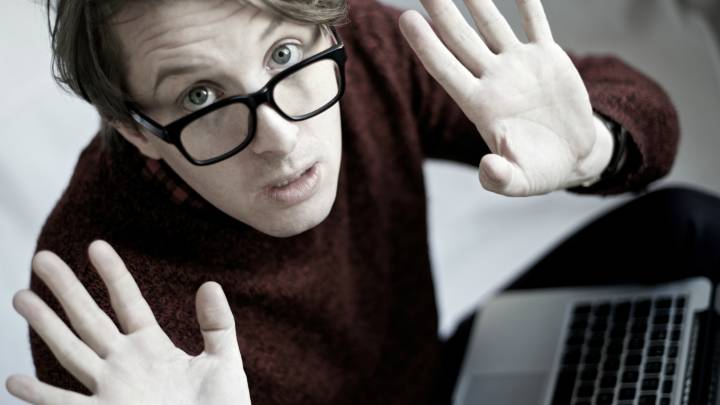 Because you’ve used the Internet at least once in your life, you’ve probably gotten emails from someone claiming to be the deposed Prince of Nigeria who says he will send you his entire fortune as long as you send him your bank account information. British comedian James Veitch has received several such emails over his career but unlike the rest of us, he hasn’t just tossed them into the trash. Instead, he’s responded to them at length and has trolled his would-be scammers in the most hilarious way.

DON’T MISS: The 6 scariest airport runway landings in the world

Per Mashable, here’s an email that Veitch received from a man in Dubai who had an urgent matter he needed to discuss:

Veitch told Kelly that was was sorry about his “lever cancer” and expressed condolences for his purportedly evil wife. He then suggested that he watch out for her attempts to poison him.

The scammer then tried to get Veitch to give him his bank account information. Veitch responded by going off on tangents about possible ways to thwart his evil wife’s poisoning plan:

It’s actually surprising that the scammer would continue to interact with Veitch for so long without losing patience. But the exchanges between the two parties kept going for a very long time and got even more ridiculous.

Check out the whole transcription by reading Mashable’s story here. And in case you were wondering, Veitch wrote an entire book documenting his correspondences with email scammers called Dot Con that you can order from Amazon here.