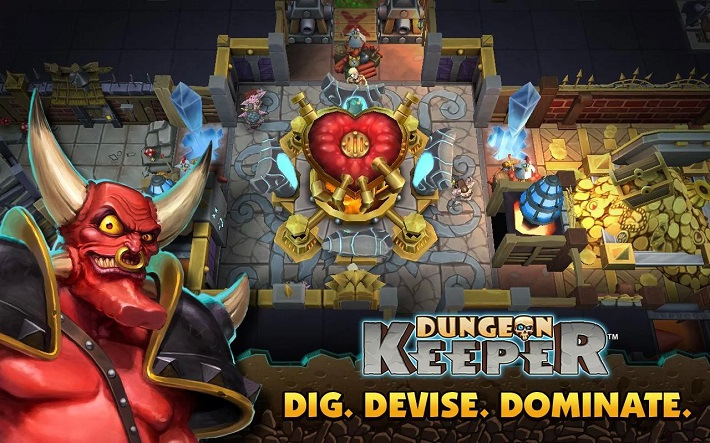 Is EA itching to reclaim the crown from Comcast for the title of America’s worst company? That’s the impression we get from a GamesIndustry interview with EA COO Peter Moore, who dismissed concerns about the gaming industry’s move toward a new “freemium” model where games are free to download but can be miserable to play unless you pony up for in-game purchases.

The most infamous example of this was EA’s own Dungeon Keeper, a nominally “free-to-play” game that involves assigning a group of worker imps to dig out a given area to create a dungeon that is populated with monsters. However, while the game was indeed free to download and start up, gamers quickly found that it can take hours or even a full day for the imps to prepare an area unless they shell out real money for special “gems” that will help the imps speed up. This basically means that while Dungeon Keeper is free to play, it costs a good deal of money to play in a way that doesn’t make you want to smash your tablet.

Moore says, however, that this kind of business model is a disruptive new innovation that’s only being criticized by a hardened group of old-timey “core gamers” who don’t want to see gaming branch out and try to attract new audience. Yes, seriously.

“There is a core… that just doesn’t like that, because it’s different,” Moore said. “It’s disruptive. It’s not the way it used to be. I used to put my disc in the tray or my cartridge in the top, and I’d sit there and play. And all of these young people coming in, or God forbid, these old people coming into gaming!”

GamesIndustry sadly didn’t press Moore on the specific complaints that many gamers have about this “disruptive” new “innovation,” such as that it’s really just an excuse to gouge consumers and that it takes the fun out of gaming because it basically makes games a “pay to win” operation.