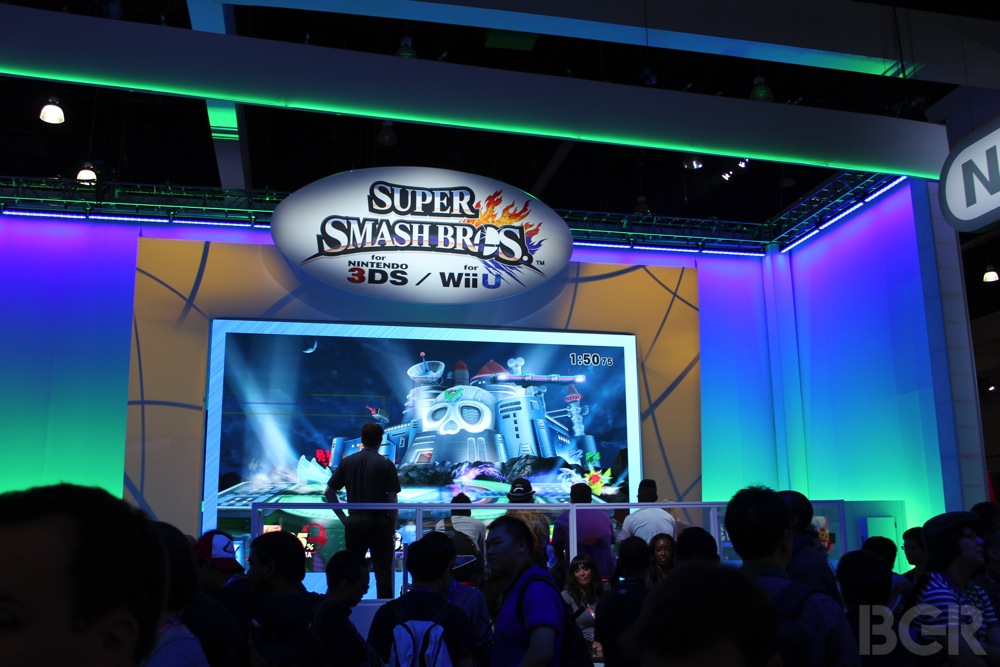 As the sole member of the BGR E3 away team, I had to pick and choose very carefully to make sure I saw as many games as I possibly could during the three days the show floor was open. Since we’re still very early in the life cycle of the new generation of consoles, many of the most exciting prospective games aren’t due until next year, but don’t worry, 2014 won’t be a total wash.

Although many of my appointments were for theater presentations, I went hands-on with plenty of games as well. I’ve put together a list of the five best games that I actually got to play at E3 2014.

1. Super Smash Bros. for Wii U

When I finally picked up that GameCube controller, it was like being thrown back in time. Super Smash Bros. for Wii U is incomplete, but it feels like Super Smash Bros., and I wouldn’t have wanted it any other way. I had a chance to try out Mega Man, Greninja and the Animal Crossing Villager, each of which bring a completely new play style to the game. Other than the new characters and stages, this is classic Smash Bros. If you own a Wii U, this should be at the top of your list when it launches later this year.

The joy of Far Cry 3 was in the exploration, the hunting and the careful planning to capture an outpost. In my short time with Far Cry 4, I wasn’t able to do any of that, but I did charge into a gated fortress on an elephant, throw opposing soldiers through the air with my friend’s trunk and take out a pesky helicopter. If Far Cry 4 can build off of what Far Cry 3 did so well, this could be a contender for my game of the year. For now, I’ll have to settle for fond memories of elephant-fueled violence.

Entwined came out of nowhere, both at the Sony press conference and at the Sony booth on the show floor. Released during the conference, Entwined was designed by a group of students, coordinated by Sony team members and released on the PlayStation Network for everyone to buy and play. It’s a simplistic game about bringing a goldfish and a bird together to make a dragon. In order to do that, you’ll guide the two animals through designated locations with both sticks on the DualShock controller. There’s not a lot to what I played, but it was a welcome reprieve from the bloody beheadings of just about every other game on the show floor.

Driveclub was the best racing game I played at E3. The Crew has the most impressive scope I’ve ever seen in a driving game, but the controls haven’t been nailed down quite yet. Forza Horizon 2 looks gorgeous, but my limited time with it wasn’t enough to get a feel for the open world. Driveclub is the driving game I think I’ll be spending the most time with this fall, filled with 50 cars and 55 tracks, a full single player mode with unlockable vehicles, online and asynchronous multiplayer — it looks like the full package.

I’ve been desperate for a decent cooperative online RPG on consoles for years, and Fable Legends seems like it could scratch that itch. As you can read in my preview, Fable Legends is a four player cooperative dungeon crawler with a twist. The twist is that a human player can take on the role of the all-seeing villain, laying traps, raising gates and spawning monsters to strategically break down the party of heroes. It’s a far cry (sorry) from the previous entries in the series, but it plays really well and I could see myself diving head first into the villain role and never looking back.

The best part of this list? All these games are either already available (in the case of Entwined) or coming before the end of the year. 2014 might be a relatively slow year for video games, especially in contrast with 2015, but if you own a new console, there will be something amazing for you to pick up within the next few months.