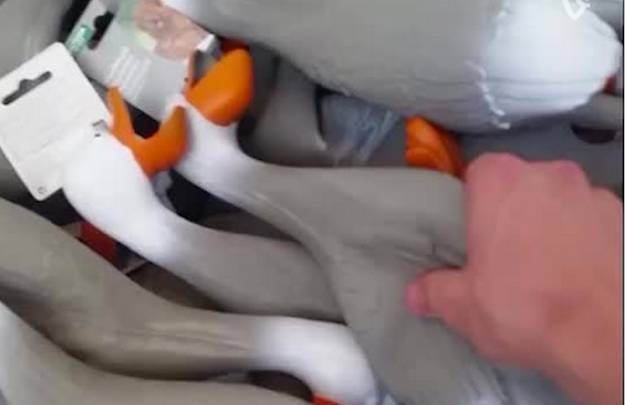 A new week is upon us, but that doesn’t mean that the weekend tomfoolery has to come to an abrupt halt. To help inject a little bit of energy and excitement into an otherwise blasé Monday morning, we thought we’d direct your attention to an absurd and hilarious Vine video that’s gone viral.

The video in question is called Duck Army and was uploaded on Sunday afternoon. Less than 24 hours later it has already amassed over 38 million plays, 142,000 likes, and nearly 92,000 revines.

A delightfully bizarre and hilarious video, to be sure, but what else would you expect from a shopping cart filled with rubber ducks.

Believe it or not, but this ridiculous video actually has a back story. The video was initially posted to YouTube by a man named Kevin Synnes who said that he was simply trying to embarrass his girlfriend. Instead, he created a temporary viral sensation. Notably, the video is tearing it up on YouTube as well, currently boasting over 1.7 million views.

As you’d expect, a number of Duck Army related spoofs have already begun popping on the web. This Duck Army and Full Metal Jacket mashup is one of the better ones we’ve seen, although it’s assuredly not safe for work.