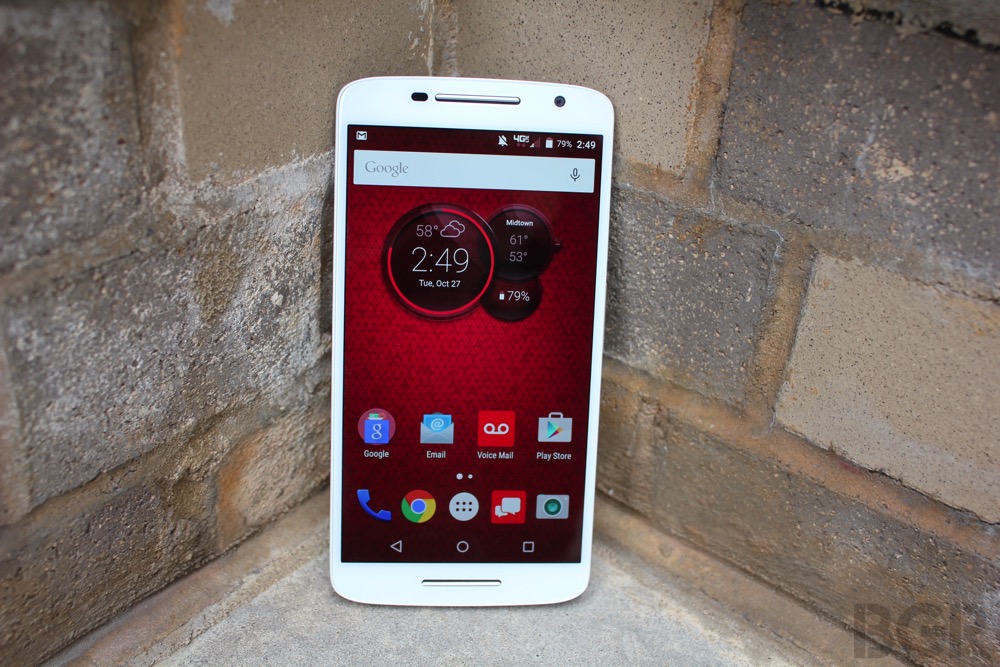 At an event in New York City today, Motorola and Verizon debuted two new devices: the flagship Droid Turbo 2 and the budget-minded Droid Maxx 2. If you haven’t yet, be sure to check out our hands-on preview of the Turbo 2, but although Motorola’s flagship is sure to steal the spotlight, the Maxx 2 is a solid midrange device in a market full of subpar offerings.

You might not remember the Moto X Play that Motorola released exclusively in foreign markets earlier this year, but the Maxx 2 appears to be little more than a reskin of that phone with a Verizon logo on the back. Fortunately, that phone was a pretty solid device, garnering positive reviews from nearly every outlet on the web.

As a midrange device, you can’t expect the specifications to match up with its flagship counterpart, but just like the Turbo 2, Motorola is promising consumers that they’ll be able to squeeze an astonishing 48 hours of battery life out of the Maxx 2.

Although the Maxx 2 lacks the Moto Maker customization of the Turbo 2, Motorola will offer a variety of Motorola Shells of varying color and material in case you want to mix things up. That said, I’m a fan of the standard back cover myself, with a defined curvature and comfortable soft grip material.

Other than its ridiculous battery life, the best thing about the Maxx 2 might be that at a glance, you really can’t tell the difference between it and the Turbo 2. It’s a solid, weighty phone with a good looking display and a huge battery, all at a price that won’t make you sweat.

The Droid Maxx 2 will be available starting this Thursday, October 29th. On a two-year contract, it’ll cost just $16 a month from Verizon, but you can also pick it up off contract for $384.