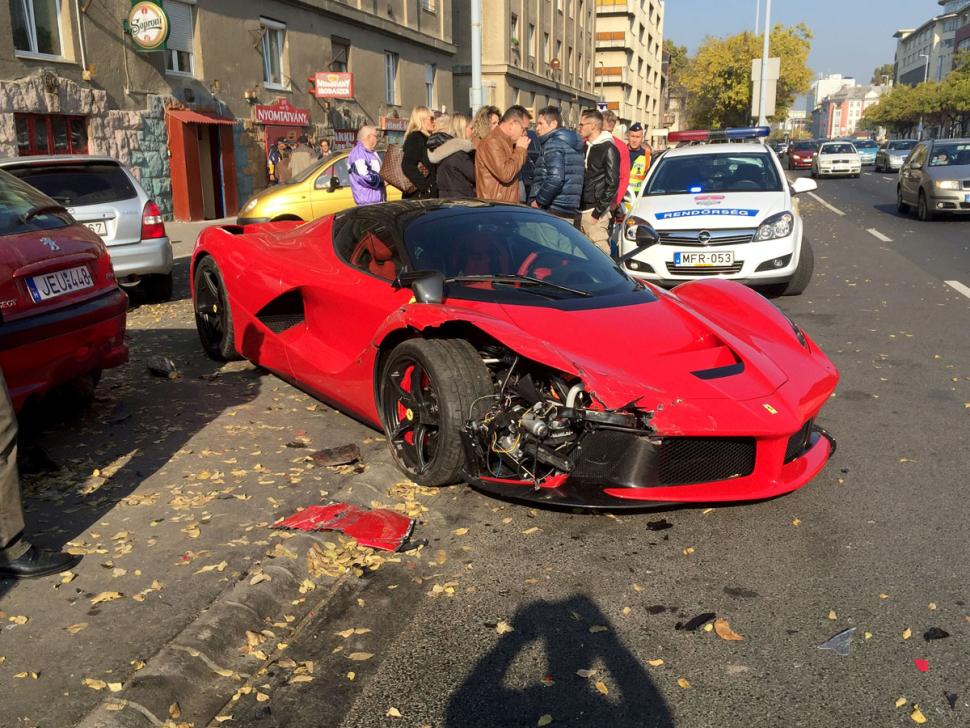 It’s hard to feel too sorry for anyone who can afford a $1.4 million Ferrari… but it is certainly possible to feel sorry for the car itself. A video posted by YouTube user Gábor Grubits shows a man in Budapest crashing a $1.4 million LaFerrari just minutes after he bought it and drove it off the lot.

The quality in the video isn’t very good — Grubits admits it was “recorded with potato” — but you can clearly see a red LaFerrari switching lanes and then trying to accelerate ahead of another car to execute a rapid turn… only to fail and crash into a parked car.

Photographer Akos Moldvan, who snapped some pictures of the wrecked car, told The Mirror that the Ferrari’s driver was surprisingly nonchalant about wrecking a car he just shelled out more than $1 million to buy.

“The driver didn’t say much and hasn’t really been under much of stress after the crash — he lit up a cigar while he was taking out the cover for the car from the trunk,” he explained. “The car slipped out of control when the owner tried to suddenly accelerate.  The owner blamed the tires being cold for having no grip.”