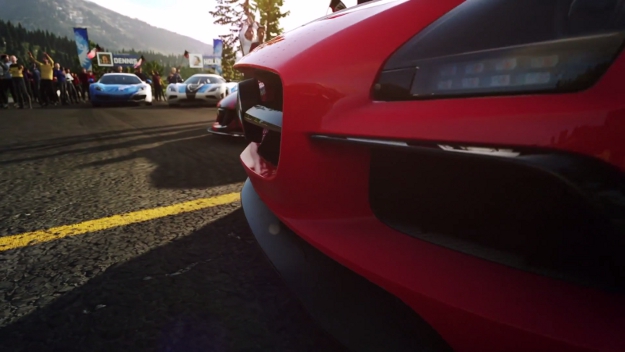 Driveclub was originally set to make its debut alongside the PlayStation 4, but shortly before the console launched, developer Evolution Studios announced that the game would be delayed until further notice. Almost a full year after the scheduled launch, Driveclub finally has a release date: October 7th, 2014.

“We planned for the game to be ready for early 2014 and are committed to delivering on our ambitious promise of creating a truly innovative, socially connected racing game,” writes SCE Worldwide Studios President Shuhei Yoshida. “The problem with being ambitious is you have to be prepared to accept there will be challenges along the way. What DRIVECLUB offers has not been previously achieved in this category, and, because of this, the team needed more time to give you the game you’re waiting for.”

The team behind Driveclub has dealt with some internal reorganization as well, as Game Director Col Rodgers has been replaced by Paul “Rushy” Rustchynsky after Rodgers left for personal reasons in February. Rushy has been a member of the team since 2004, playing a major role in the release of MotorStorm RC in 2012.

Between Dragon Age: Inquisition, Middle-earth: Shadows of Mordor and now Driveclub, October 7th is threatening to be the most expensive day of the year. Prepare your wallets accordingly.

Evolution Studios has put together a new trailer to celebrate the announcement. Check it out below: