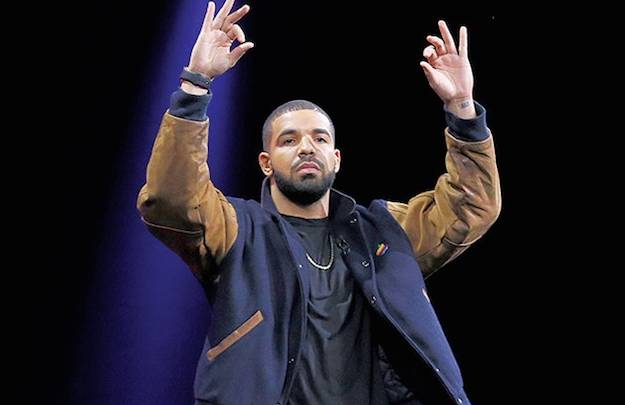 Say what you will about Drake, but the dude stays busy. Not only that, but you never know where he’s bound to pop up: you might find him courtside at an NBA game, shooting airballs while warming up with the University of Kentucky basketball team, laughing it it up on SNL, or even hanging out with Tim Cook and co. at WWDC.

Suffice it to say, Drake at this point is a bonafide A-lister that has made the leap from music star to media star. But all that aside, Drizzy, at the core, is all about churning out music. And a whole lot of it at that. From any number of mixtapes and guest appearances to a steady stream of album releases, it seems that Drake is always cookin’ up something.

Case in point: just five weeks after his most recent album dropped, Drake over the weekend released a whole lot of new music. In addition to two new songs — one of which showcased a collaboration with Gucci Mane — Drake also appeared on a new DJ Khaled track called “For Free” which debuted, not surprisingly, on Apple Music over the weekend.

Curious as to what’s going to be in heavy rotation this summer? Well, wonder no more: you can check out the song “For Free” below, or buy it on iTunes.