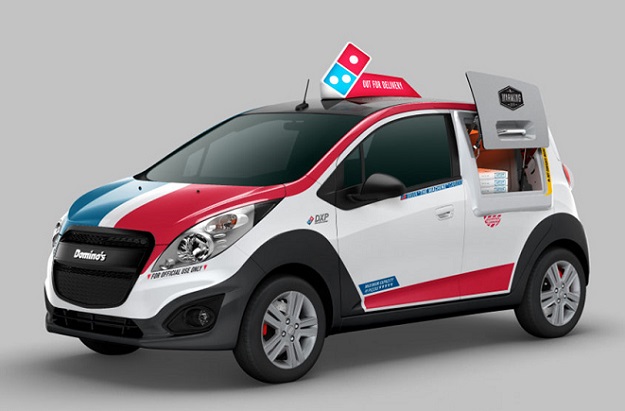 When it comes to pizza, I’ve got it pretty good. Living in Chicago, the top city for pizza in the U.S. (sorry, New York), there are no shortage of incredible pizza places to check out. But even better, the varying styles of pizza available in the city are incredibly diverse; from deep dish and stuffed to New York style and Sicilian, the options are seemingly endless.

That notwithstanding, sometimes you just want to kick back with some Domino’s. While that statement may very well ignite a firestorm of debate surrounding my credibility as a pizza reviewer, we’re not here to talk about who has the best pizza in town. We’re here to talk how Domino’s pizza game from a business standpoint is the best in the business.

Dominos may very well realize that their pizza, by mere virtue of being a national chain, may be burdened with a bit of a stigma. Still, the company is always tinkering with its recipe and isn’t afraid to try bold, new ideas. For crying out loud, Domino’s made it possible to order a pizza with a pizza emoji or even via a Siri-like assistant baked right into their mobile app (pun intended)..

But the latest and boldest pizza idea to come out of Domino’s is their best yet. Forget about the Apple Car, and instead say hello to this custom-made Domino’s delivery car. Actually, to be precise, it’s called the Domino Delivery Expert (DXP) and it was specially designed to keep your pizza warm, straight from the oven to your kitchen table. The entire project, from conception to completion, reportedly took three years.

The Delivery Expert is primarily designed for large deliveries and for long trips where food is more likely to get lukewarm during transit and unpacking. Design wise, the only seat in the car (a Chevroet Spark) is the driver’s seat. Inside the car, there are storage areas located in both the front and backseat locations, complete with a mechanism to keep items stable in transit. Of course, the key cog in this machine is a warming oven which Domino’s placed right behind the driver’s seat.

The key features include:

Video footage of the car, courtesy of MLive, can be seen below.

Domino’s press release touting the arrival of the pizza delivery car of the future reads in part:

The DXP is the combined brainchild of former GM R&D executive Kenneth R. Baker, Michigan-based Roush Enterprises and Domino’s. To also include consumers’ input, hundreds of concepts were initially identified in an online crowdsourcing design competition hosted by Local Motors.

“The Domino’s DXP is the first purpose-built vehicle aimed at revolutionizing pizza delivery,” said Russell Weiner, president of Domino’s USA. “This innovation allows drivers to do their jobs with greater ease and efficiency, and demonstrates that Domino’s is absolutely fanatical about making perfect deliveries.”

And to think, millions of people every year order pizza that is delivered in ordinary, nondescript vehicles with no internal warming ovens to speak of.

The DXP will begin rolling out in select markets over the next three months. Some of the first cities to get the DXP treatment include Boston, Dallas, Detroit, Houston, New Orleans, Indianapolis, San Diego, and Seattle.