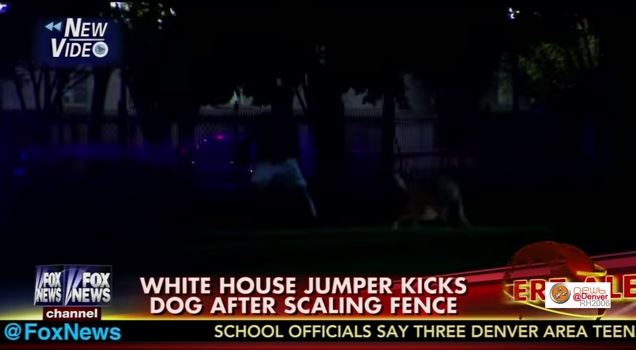 On Wednesday night, there was yet another fence jumper at the White House. Luckily, two heroic dogs sprang into action and stopped him almost immediately — but not before one dog, Jordan, took a kick to the face from the assailant.

In recent weeks, there have been a couple fence jumpers at the White House grounds, and one of them actually made it inside the White House itself. The second man didn’t make it quite that far, but he still managed to assault Jordan during his escapade.

After a kick to the face, we have to wonder how this heroic pup is dealing with his injuries.

“All that’s hurt on the dog is its pride,” a uniformed Secret Service officer told The New York Times outside the White House. “If you got kicked in the snout, your pride would be hurt too.”

23-year-old Dominic Adesanya of Maryland faces multiple charges related to the fence-jumping incident. To show how serious authorities consider the assault on their canine companion, the charges Adesanya is facing include one felony count of assaulting a law enforcement officer — Jordan the dog.

Thankfully, Jordan is doing fine now. But as a result of the incident, Jordan and his partner Hurricane will both be getting the day off.