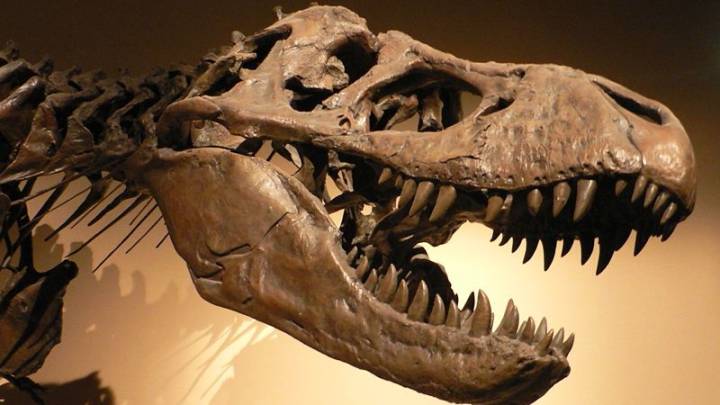 Researchers have discovered fragments of fossilized dinosaur eggs in Southern Japan, according to a June 29 report in the journal Cretaceous Research. The 90 eggshell fragments once housed five different types of dinosaurs, all of them small.

“There are not many rocks in Japan that are the right age to contain dinosaurs, plus much of the landscape is covered in vegetation so the rocks and the fossils they contain are usually hidden,” Zelenitsky explained.

Adding to dinosaur hunters’ woes is the fact that most rocks in the region are volcano-compressed, making them dense and need to be broken apart by hand.

Taking these factors into account, it makes the discovery of the egg fragments — which are tiny to begin with — all the more remarkable.

The rocky, 65 square-foot site where the eggs were discovered came to researchers’ attention in 2006, when an amateur fossil enthusiast led a team to the riverside location in Tamba City’s Kamitaki area. Slightly smaller than a tennis court, the site has since produced a multitude of fossils, not only from dinosaurs, but from prehistoric frogs and lizards as well.

Given the aforementioned volcano-compressed rocks and their small size, it would’ve been hard to distinguish bits of fossilized egg from the sediment. As it turns out, researchers combing the area were literally walking on eggshells — a lot of them.

“Only later when people from the museum looked more closely at the rocks from the site did they find tiny pieces of eggshell,” Zelenitsky recalled.

After separating the eggshells from the rock, researchers from the University of Calgary, the University of Hyogo, Museum of Nature and Human Activities, Hyogo, and Alberta’s Royal Tyrrell Museum of Paleontology pored over the samples with a microscope to determine what kind of dinosaur eggs they’d found.

“If we look at the eggshells with a microscope, we can see the tiny structures that make up the eggshell,” Zelenitsky said. “These eggshell structures reveal the type of dinosaur or animal that laid the eggs.”

Researchers are hoping this find is just the tip of the iceberg and could lead to discovering the first preserved dinosaur nesting site on the islands.