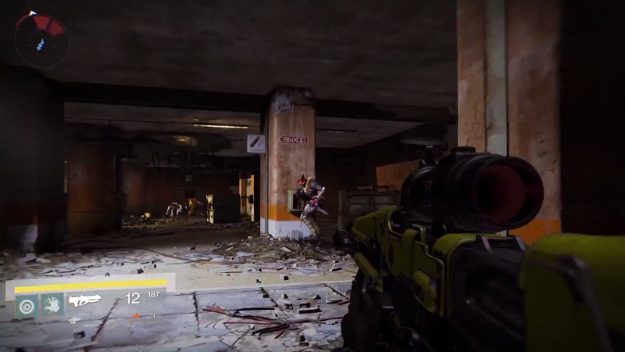 If there’s one multiplayer title that should be on your radar this year, it’s Destiny. Bungie, the team that made the Xbox a household name with Halo, is working on its first original IP in years, and the developer has finally shared a longer look at the actual gameplay this week. In the video, we see a group of players storming the House of Devil’s lair, a hideout for the Fallen and location of the Strike cooperative mission. Destiny’s vast scope includes several planets and moons within our solar system, but this mission takes place on a desolate Earth, overrun with aggressive enemies.

Being the most extensive footage we’ve seen of Destiny so far, the video showcases UI, enemies, environments and weapons that will be appearing in the game. There are plenty of familiar interactions as well, such as reviving downed teammates, following quest markers and warding off imposing boss creatures.

Destiny could be the first successful console MMO when it launches this fall, but we’re excited to check out everything Activision and Bungie have to show off at E3 to see how else Destiny differentiates itself from the cooperative shooters that have garnered so much attention over the past few years.

If you’re looking for an advantage before the game hits store shelves, GameStop is offering a customized in-game personal-transport for Power Up Rewards members who preorders Destiny. Destiny will be available for PlayStation 4 and Xbox One on September 9th.