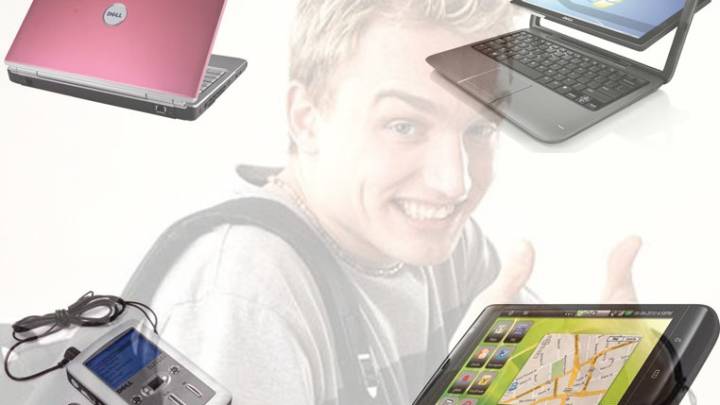 Look upon Dell’s (DELL) works, ye gadget geeks, and despair. The Verge has put together a very comprehensive roundup of all the terrible products that Dell has released over the past decade and one major trend stands out: Most of them were half-assed attempts to follow trends that were spearheaded by Apple (AAPL).

Just look at the total calamities that were the Dell DJ and the Dell DJ Ditty, products whose names alone should have been enough to get someone fired. Not only was Dell late to the party that Apple started with the iPod, but it showed up with a product that was vastly inferior in every respect and looked as though it had been designed by Sony engineers in the mid-1970s.

Then there was the Dell Adamo, the company’s ill-conceived attempt to compete with the MacBook Air and whose cheapest model cost a whopping $2,000. And let’s not forget about the Aero, Dell’s first attempt to create an Android smartphone that not only couldn’t match the iPhone but whose clunky skin made Android run more like Windows 95 on a smartphone.

Even in areas where Dell showed signs of innovation, it tripped itself up through poor execution. Take the Dell Streak, which by all accounts was the first-ever “phablet,” the smartphone-tablet hybrid form factor that’s become all the rage these days. But despite having a 5-inch display, the Streak had a resolution of just  800 x 480 pixels, which was actually a lower resolution than smaller phones released at the time such as the Motorola Droid X and its 854 x 480 pixel resolution.

And of course there was Dell’s attempt to get into the tablet space with the Inspiron Duo, an early effort to make a tablet-PC hybrid two years before Microsoft (MSFT) released the Surface. The Inspiron Duo had two major problems: It used a straight port of Windows 7 that was not at all optimized for tablets and it had a design so goofy looking that even the robot from Lost in Space would have laughed at it.

This isn’t to pick excessively on Dell since Apple has caught plenty of companies flat-footed over the past several years (I’m looking at you, HP!). But it does shed some more light on why Michael Dell was so eager to take his company private to work on what is reportedly a risky and bold attempt to remake the personal computer. If being under constant pressure from investors to keep up with Apple forces you to be reactive and release awful products such as the Dell DJ, then you’re probably better off ignoring the noise of Wall Street and working on something you think is truly innovative.[bgr-post-bug]