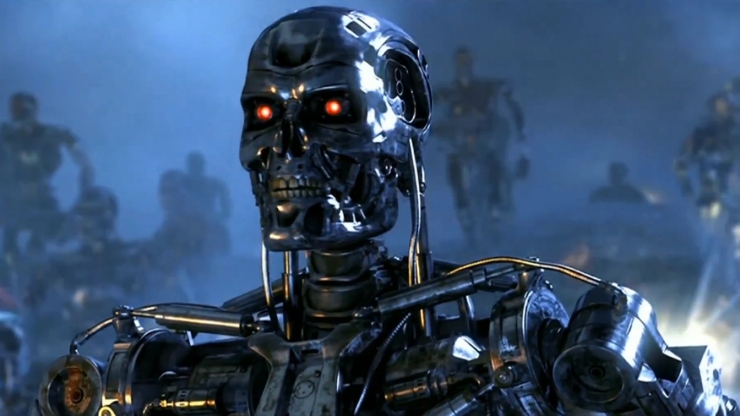 Of course, Skynet cannot triumph over humanity until a corporation solves the problem of how to create sentient killer machines. We are now one step closer to the end game as a company called Cyberdyne has indeed become a publicly traded firm in Tokyo.

In a stroke of demented genius, the company seems to be masking its grim ultimate goal by addressing the very real problem of how to cope with health needs of Japan’s aging population.

Foolish Japanese humans went wild buying Cyberdyne shares when it went public this week, thus hastening their eventual doom. The share price soared to twice the level of pre-market trading at 3,700 yen. Cleverly, company president Yoshiyuki Sankai told Nikkei that he intends to retain majority voting rights in order to prevent the company’s technology from ever being used for military purposes.

But why? Why would he make such a precise and oddly specific pledge? Doesn’t that seem like an odd move for the president of a tech company? We will be monitoring Cyberdyne and the eventually emerging resistance movement in coming months.