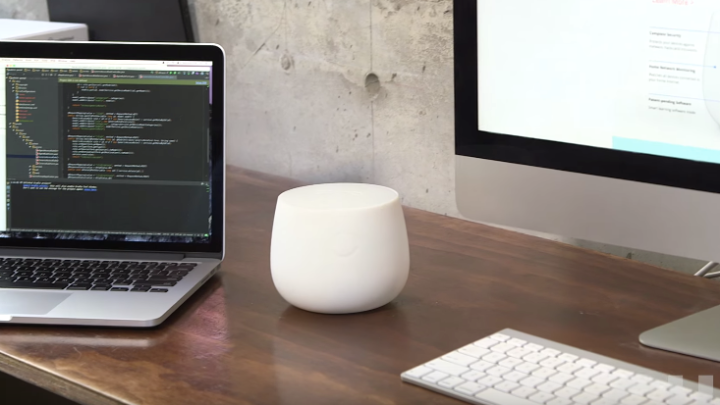 You have so many different devices in your home now that you might have a tough time keeping track of security for them. This is where CUJO, a new IndieGoGo project created by many longtime industry security vets, hopes to come in handy. CUJO is a small device that sits on your desk and that aims to secure all the devices in your home, including laptops, tablets, smartphones and more.

IN CASE YOU MISSED IT: Rumor claims Samsung will unleash its craziest smartphone ever in January

“CUJO goes beyond traditional security by using a multilayer approach that combines firewall, antivirus, and malware typically found in separate devices,” the company writes on its IndieGoGo page. “Unlike traditional solutions, CUJO adapts and reacts when your home is attacked and does not rely just on libraries of known malware issues. We analyze a humongous amount of behavioral data in our cloud and push learnings from one home to all CUJO protected homes.”

What makes CUJO intriguing is its simplicity — it’s a little white device that you plug into your wireless router and it will start scanning incoming traffic for potential threats, including intrusions, malware and viruses.

As of this writing CUJO has already raised more than two-thirds of its $30,000 funding goal with 30 days to go in the campaign. The company expects to release the final version of its product in February or March in 2016. To learn more about this project, visit its IndieGoGo page here.