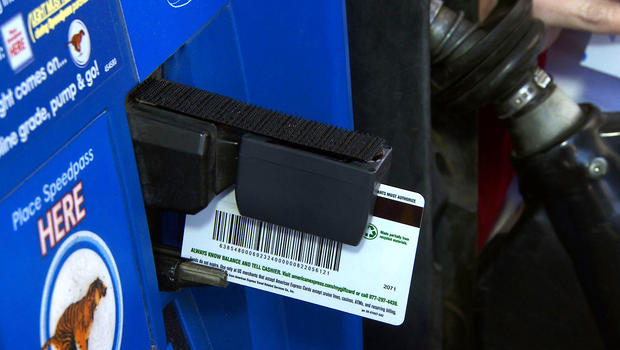 One way that hackers steal unsuspecting consumers’ financial data is by installing skimmer devices on ATMs and payment terminals that record and store all credit card information for the hackers to use at a later date. A video released by the Miami Beach Police this week shows just how shockingly easy it is to install such a device on a payment terminal at a convenience store, as a hacker in the video managed to pull it off in roughly three seconds while the store’s clerk was distracted.

As you can see, the hacker waits until the clerk has her back turned before making his move. Once he commits to action, however, he’s frighteningly quick as he just slips the card skimmer over the payment terminal and then steps back as though nothing happened. The clerk, who was likely getting a customer cigarettes or lottery scratch tickets, never had a chance to see the hacker’s sneaky maneuvers:

Of course, the fact that the hacker was caught on camera makes his feat a little less impressive since now police have posted the video in the hopes of identifying him. Even so, it shows you just how careful you have to be when using your credit card in stores since it doesn’t take much for thieves to swipe your information.