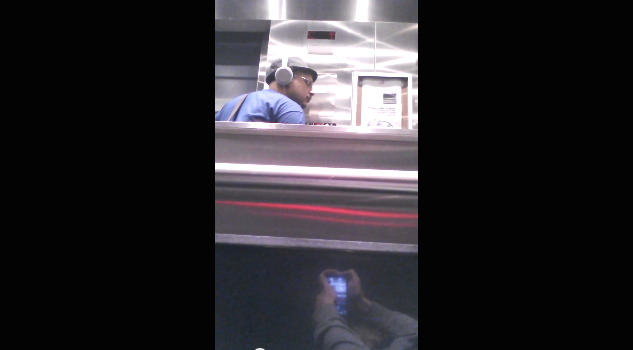 The video starts out with loud slamming sounds as the man is trying to pry the elevator’s inside door open to help them get more air. Once he succeeds at doing this, he starts yelling in vain about the elevator technicians who are allegedly refusing to open up the elevator’s outside door. Every once in a while will start loudly belting out Metallica’s “Enter Sandman” or Wreckx-N-Effect’s “Rump Shaker,” after which he starts incessantly ringing the alarm bell in the hope that it will somehow get someone’s attention.

While this is going on, the man who’s in the elevator with him is remarkably calm despite the fact that he’s trapped in an elevator with someone who has clearly lost their ability to reason.

Check out the whole video below and be thankful that this sort of thing has never happened to you.