The Black Friday leaks continue unabated on Friday, with Costco’s 8-page ad being the latest to make its way on to the internet. Although there are notable discounts on a myriad of items, we’ll focus on the tech-related sales today.

As the ad states, Costco will host its holiday sales from November 25th through the 28th, and as usual, the sales will only be available while supplies last. Costco plans to open its doors at 9AM on Black Friday. 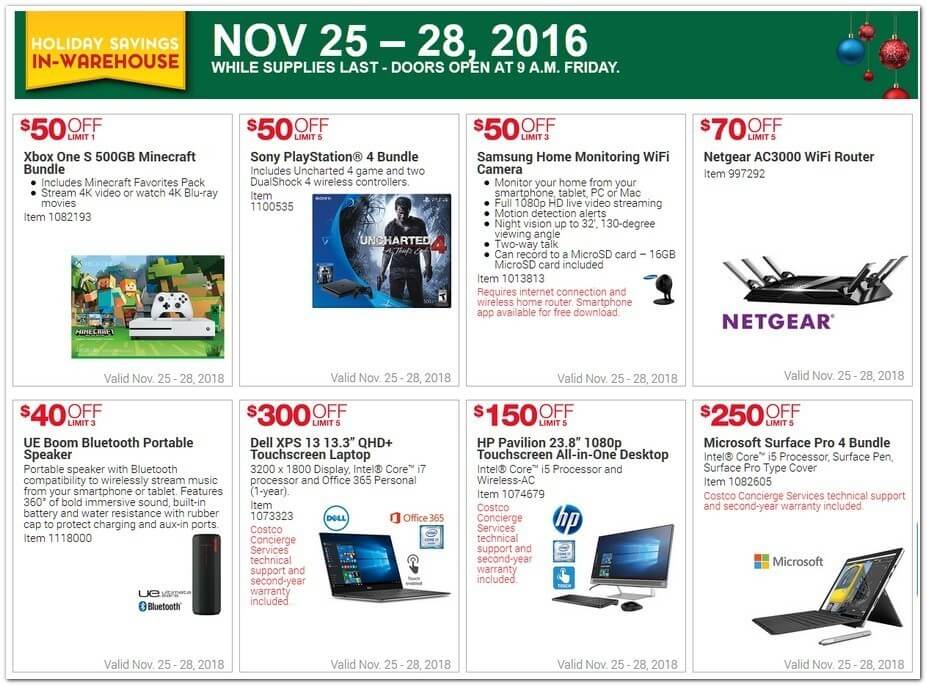