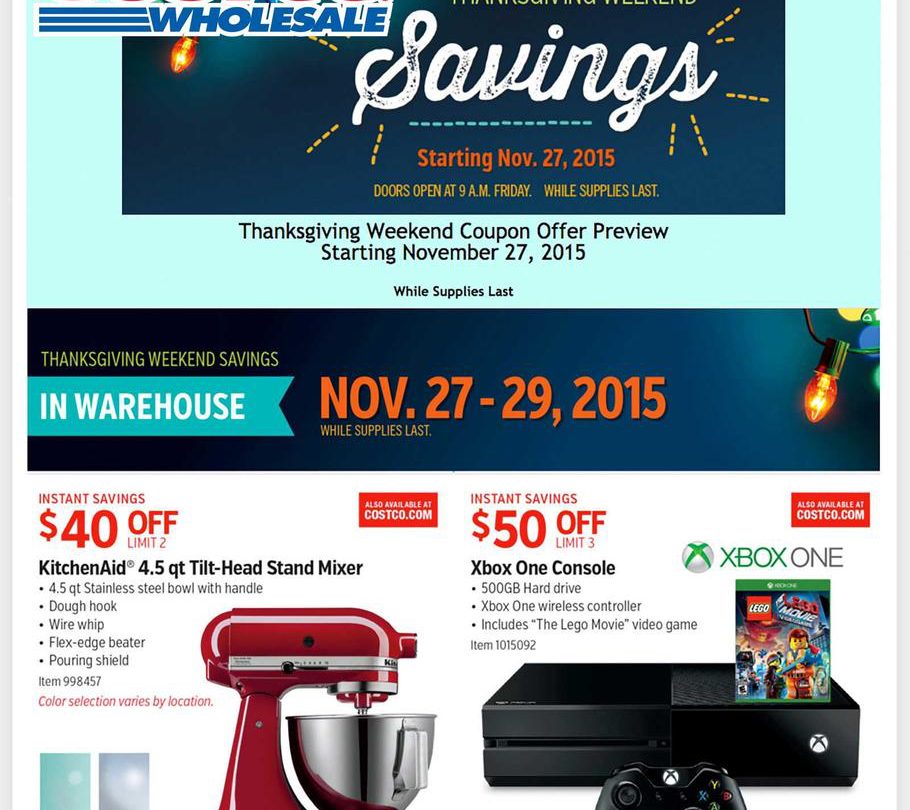 We saw some fantastic pre-Black Friday deals from Costco a few days ago, and now it’s finally time to look at the retailer’s official Black Friday flyer that was just leaked.

Before we get to Costco, make sure you’ve seen all the other major Black Friday ads to see how this one compares: Best Buy, Amazon, eBay, BJ’s Wholesale Club, Target, Staples, Kohl’s, Sam’s Club, and GameStop.

Costco will open doors at 9:00 a.m. on Black Friday, and the deals will be good as long as supplies last. Some items will be available online as well, with certain sales being available exclusively online.

In what follows below, you can check out some of the best deals from Costco’s Black Friday 2015 ad:

A few pages from Costco’s Black Friday 2015 ad follow below, revealing plenty of other attractive deals for the upcoming shopping holiday. The full ad can be seen by following the link down in our source section.