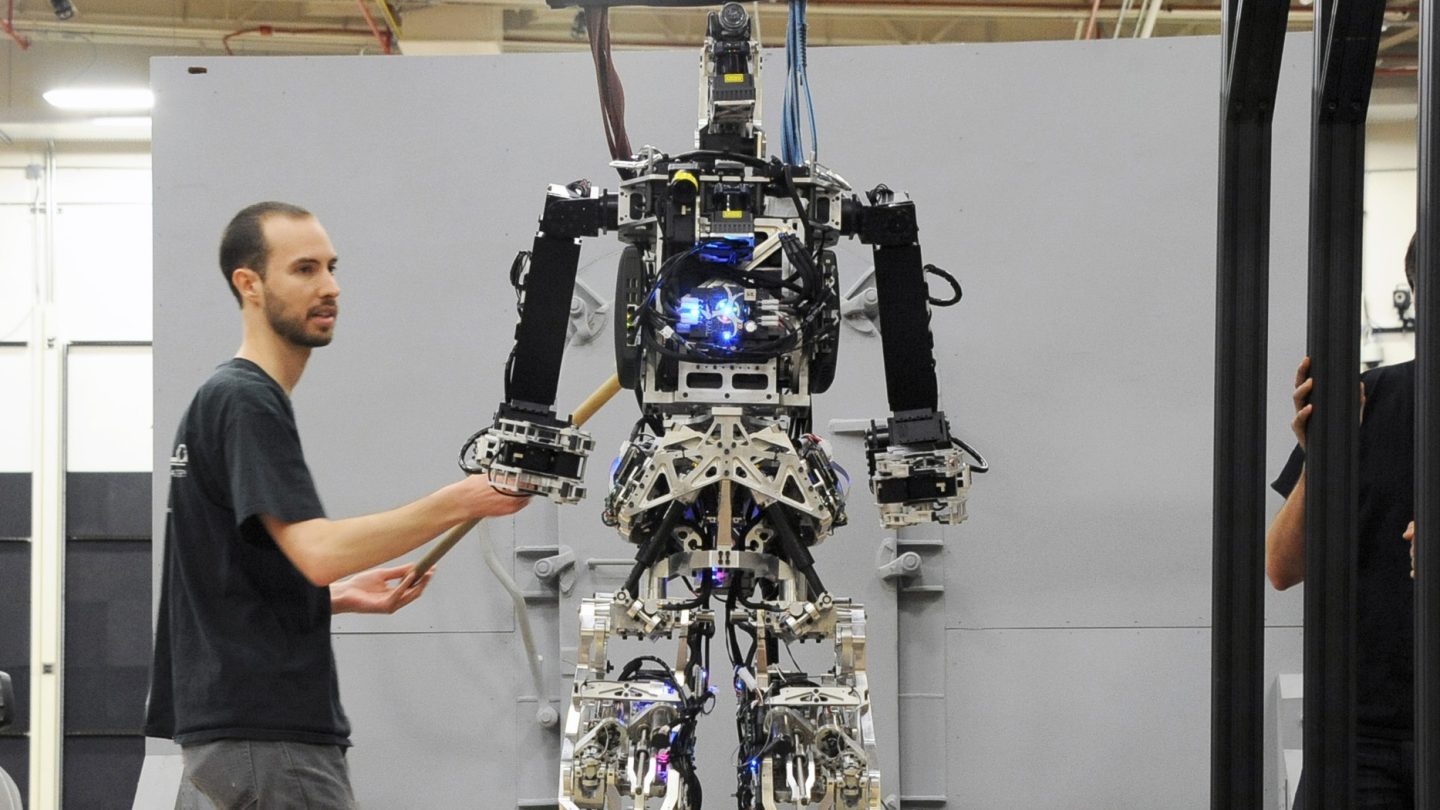 Firefighters are our heroes… until we figure out how to replace them with robots, at least. Discovery News points us to the U.S. Naval Research Laboratory’s newest robot robot called SAFFiR (short for “Shipboard Autonomous Firefighting Robot”) that can walk right into deadly fires that are two intense for human firefighters to handle.

Of course, films such as Terminator 2 have already taught us to believe that robots must be fire-proof by default but building an actual robot that can function in extreme heat is easier said than done. NRL says that its engineers “have developed a class of light-weight, high temperature polyetheretherketone (PEEK)-like phthalonitrile-resin that can be molded to any shape and remain strong at temperatures up to 500 degrees Celsius,” which is 932 degrees Fahrenheit.

The researchers are now testing SAFFiR’s ability to move through obstacle courses, to lift up equipment and operate a fire hose when needed. The robot will get its first truly big test later this year when it’s put through a fire drill on ex-USS Shadwell, a retired ship that the Navy is using for specifically for fire simulations.

Although it’s a long way off from being deployed in the field, SAFFiR looks incredibly impressive and it would seemingly fit in well with Google’s current stable of robots that it’s acquired over the past year.