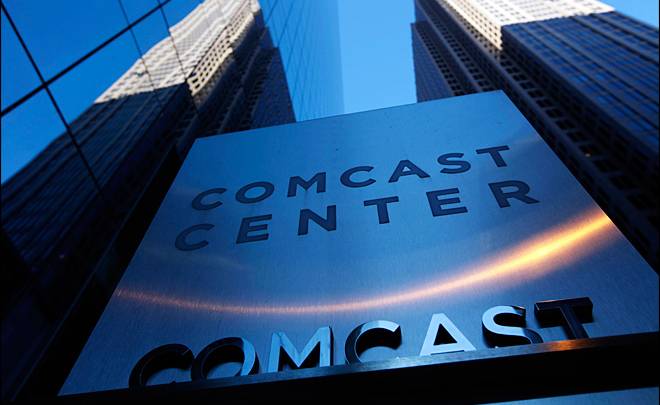 Think the proposed Comcast–Time Warner Cable merger is a bad idea? Then just wait until you hear what UBS analyst John Hodulik has in mind. In a new research note flagged by Barron’s, Hodulik explains why he thinks AT&T’s bid to buy DirecTV will not only help Comcast get its TWC merger passed but will also push Comcast to get into the wireless space to go head-to-head with AT&T and Verizon. And you know what this means: Hodulik thinks Comcast will then try to buy T-Mobile.

“We believe AT&T’s move into mobile video could be the final straw that draws Comcast into the wireless mix,” he writes. “In our opinion, this could eventually lead to the acquisition of T-Mobile – if it is still independent. Initial moves to execute on a Wifi-MVNO strategy will inevitably spark the speculation that Comcast will indeed need to go further and put a still- independent T-Mobile back on the M&A target list were the Softbank deal to be rejected.”

Can we recount all the ways this would be nightmarishly bad for American consumers? Over the last year-and-a-half, T-Mobile has done quite a bit to shake up the American wireless industry and has pushed rivals to introduce early upgrade plans, to cut prices on some plans and even to throw cash at new customers who are switching from T-Mobile. While the American wireless industry still isn’t a utopia for consumers, it is much more competitive than it was two years ago and for this we can thank T-Mobile’s aggressive “Uncarrier” plans.

Now, however, Hodulik wants to see this scrappy wireless carrier bought up by a broadband behemoth that has a well-earned reputation for having some of the worst customer service outside of a Kafka novel and that has an effective monopoly on broadband services in many major metropolitan areas across the country? Lord help us.