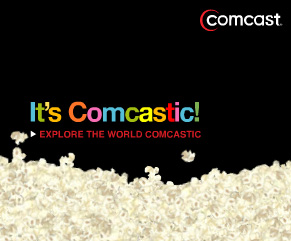 Ignoring the fact that the technological equipment isn’t capable of such a claim, a Comcast exec has entered the HD pissing match with DirecTV by annoucing that Comcast will be providing 400 HD channels this year, and whopping 800 in 2008. Oh…it’s also worth pointing out that there’s barely enough content for the current HD lineup, or even the 300 channels in Peasant Cablesphere. Hey look…we can do it too…"BGR will be the largest tech blog in the world by the end of 2008." There. That was easy. Heh.