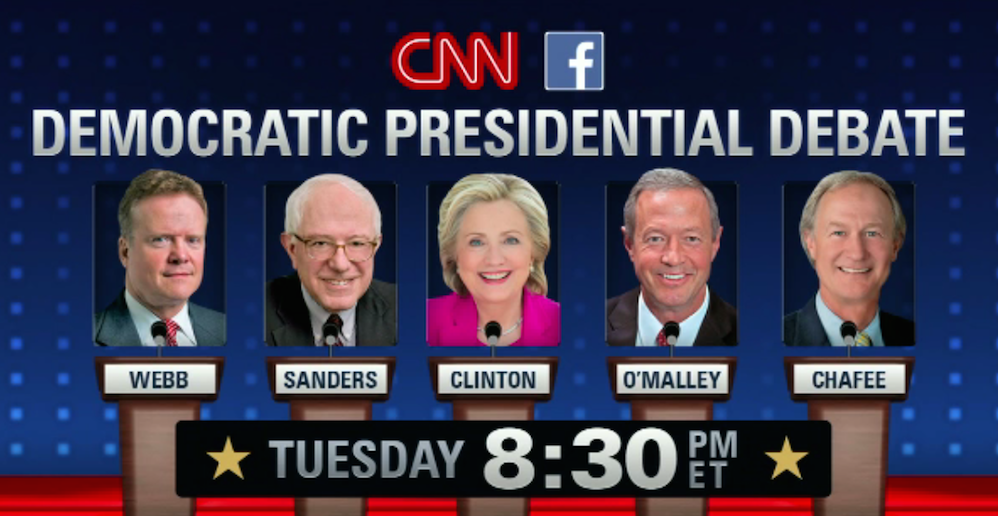 After a couple of, ahem, fascinating debates featuring the seemingly limitless number of Republican candidates for president, the Democratic candidates are taking the stage tonight on CNN.

Other than frontrunners Hillary Clinton and Bernie Sanders, Martin O’Malley, Jim Webb and Lincoln Chafee will also appear on stage, presumably in order to make sure that the voting population of America knows they exist. CNN also notes that Vice President Joe Biden received an invite, but he’s not expected to appear at the debate in Las Vegas.

Without Donald Trump in attendance, the viewership will undoubtedly be lower than it has been for the Republican debates, but CNN is attempting to spice up the event by broadcasting it in virtual reality.

If you have access to a Samsung Gear VR headset, be sure to download the NextVR portal in the Oculus Store before the debate begins. You’ll be able to take a virtual seat within the auditorium while the candidates are speaking.

If you’d rather stick to two dimensions, you can watch the debate on any of CNN’s TV channels and on CNN.com in your browser or on your mobile device tonight at 8:30 p.m. ET. We’ll be sure to throw up a stream on this post if we find one during the broadcast as well, but otherwise, just head to CNN’s website at this link.