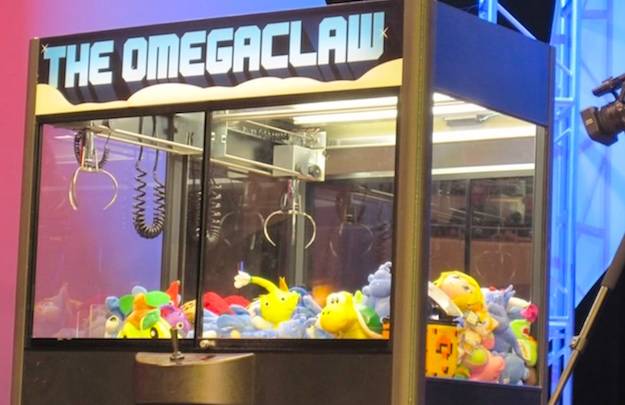 Most people, I think it’s fair to say, have something of a love/hate relationship with claw machines. Typically overflowing with plush stuffed animals and even some nifty gadgets from time to time, mastering a claw machine seems easy but, more often than not, leads to endless frustration.

Now you might know someone who claims to be a claw machine master. Perhaps you even fancy yourself something of a claw machine sensei. Alas, skill has a lot less to do with successfully landing that stuffed animal than you think.

In short, claw machines are rigged.

Vox recently took a look at the software that powers claw machines and came away with some interesting findings. As it turns out, there are a number of adjustable settings to your everyday claw machine which can affect the strength of the claw’s grip and how long said grip will hold with maximum power. These settings can be tweaked at the behest of the owner. On newer machines, owners can adjust a game’s settings directly via their smartphone.

As a representative example, one instruction manual Vox looked at included the following blurb: “Managing profit is made easy, simply input the coin value, the average value of the merchandise, and the profit level. The machine will automatically calculate when to send full strength to the claw.”

What’s more, some claw machines algorithms have a variable called dropping skill, which essentially allows operators to program the claw machine to ‘accidentally’ let go of a prize at the last second, making users think that they were ever so close to winning.

As the video emphasizes, claw machines have little to do with skill and, if anything, function more like slot machines than anything else. Interestingly enough, the Federal Government in the 1950s classified claw machines as gambling devices and prohibited their transportation across state lines.