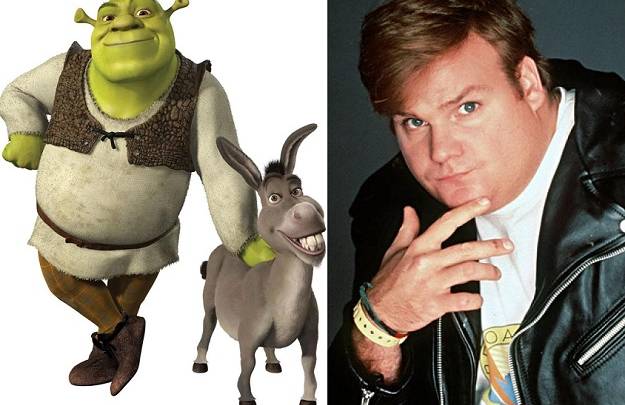 With the recent release of a documentary chronicling the life and times of comedian Chris Farley, many people have been surprised to learn that the former Saturday Night Live star was originally tapped to provide the voice of Shrek in the movie of the same name.

Before his untimely 1997 passing, Farley had recorded huge portions of the requisite voice work for the film. Following his death, the role was famously handed over to fellow SNL star Mike Meyers. All the more interesting is that lengthy clips of Farley voicing the role of Shrek recently leaked online.

In the video clip below, we hear Farley as Shrek having a conversation with Eddie Murphy who famously voiced the role of Donkey. The dialogue is accompanied by corresponding storyboard drawings.

As for the documentary itself, it is titled I Am Chris Farley and has thus far garnered positive reviews.

We witness Farley’s ascent, told in kind by dozens of people. His orbit seems like it was that great. If you’re an avid Farley fanatic, there’s such warmth and crazed comedy on display. And if you never cared for him, it makes a passionate argument that this larger-than-life star was taken way too soon.

I Am Chris Farley is a kind eulogy, a colorful parade of stars remembering the legacy of a famed funnyman. As a remembrance, I Am Chris Farley’s heart, care, and, well, cuteness is undeniable. As an examination, it pulls a few punches, ones you see coming. Yet not every doc needs to linger on the darker sides of humanity, or here, artistry and celebrity. You get the feeling Farley wouldn’t have wanted it that way. And then he would have dropped his pants while you weren’t looking.

A trailer for the documentary can be seen below.