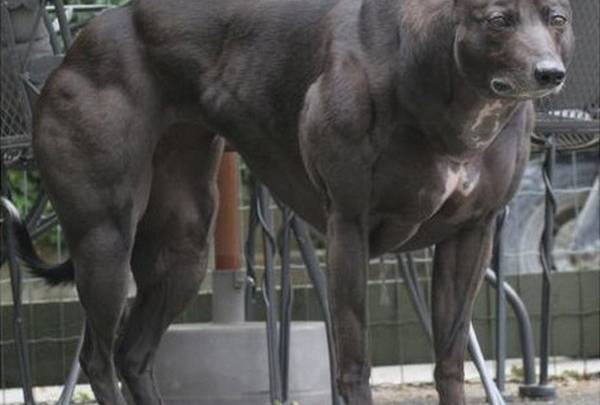 If you’ve ever read recent dystopian sci-fi books such as Margaret Atwood’s Oryx and Crake or Paolo Bacigalupi’s The Windup Girl, you’d know that one of their common predictions is that in the future genetically mutated super animals will run amok and make day-to-day life very dangerous for the world’s remaining humans. Now Technology Review brings us word that scientists in China claim to have used DNA manipulation to create a stronger, faster breed of dogs that will ominously be used for various police and military operations.

FROM EARLIER: HTC used to be an Android fan favorite – now it’s a punchline

It seems that there’s a mutation that naturally occurs in whippets’ myostatin genes that causes them to gain significant muscle bulk. Researchers in China have figured out how to simulate this gene mutation in other breeds of dogs and have used it to create beagles that have twice the normal muscle mass.

“[The dogs have] more muscles and are expected to have stronger running ability, which is good for hunting, police (military) applications,” Liangxue Lai, a researcher with the Key Laboratory of Regenerative Biology at the Guangzhou Institutes of Biomedicine and Health, explained in an email to Technology Review.

Although Lai and his fellow researchers don’t plan to breed these super beagles for commercial use, their research does open the door for other groups to create and sell genetically modified pets.

What’s particularly freaky about this research is the way that they got these dogs to bulk up: They essentially injected a chemical agent into dog embryos that is designed to destroy the dogs’ myostatin genes that naturally inhibit their muscle growth. Apparently, the effects of removing this gene have been well studied and there aren’t any known averse impacts of removing it but… it’s nonetheless a wee bit disconcerting.

To learn much more about the science behind this crazy DNA manipulation, check out Technology Review’s full report here.