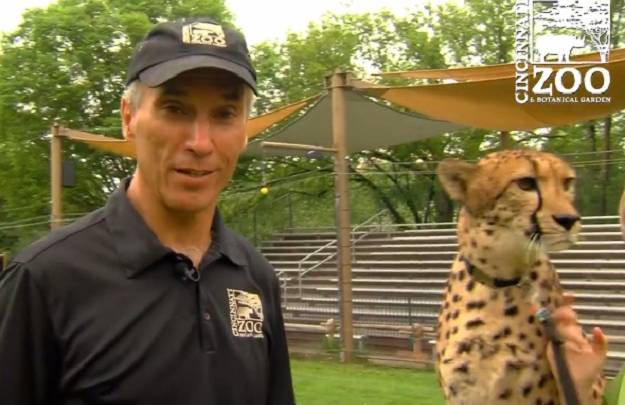 It’s no secret that the Cheetah is the fastest land animal on the planet, but it’s sometimes hard to put their tremendous speed into perspective. Consider this: you could be cruising along the highway doing 65 and it would be entirely possible to look out your window and see a cheetah actually pass you.

When it comes to actual metrics, the cheetah can run as fast as 70 mph during short bursts. On the acceleration front, the cheetah isn’t a slouch either as it can go from 0 to 60 mph in less than three seconds, about as quick as a tricked out Tesla Model S.

To help give us a better perspective on the cheetah’s majestic speed, the Cincinnati Zoo & Botanical Garden recently strapped on a GoPro to one of their cheetah’s and sent it running. So while we’ve all likely seen footage of cheetah’s running at full throttle in the field, typically in chase of some prey, we’ve yet to see a first-hand perspective of a cheetah doing its thing.

One interesting observation noted in the video above is that the cheetah, even when running at top speed, is able to keep its head at a relatively steady level.