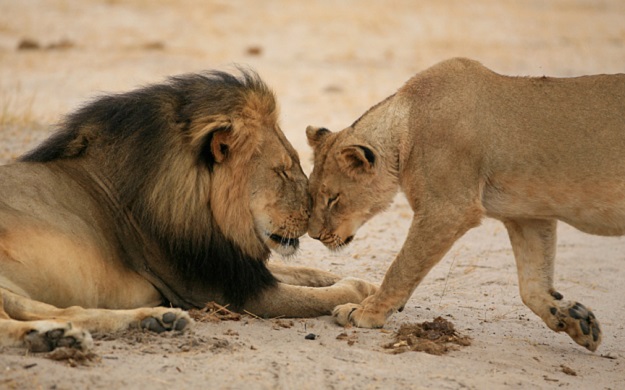 In case you missed it, a dentist from Minnesota has generated an unfathomable amount of criticism after it was revealed that he flew to Zimbabwe and spent $55,000 to kill a lion. While the dentist in question, one Walter Palmer, claims that he went about the killing legally — which is to say his tour guides secured the proper permits — it turns out that the lion he shot was a beloved beast named Cecil. It’s also been suggested that the permits secured may not have been above board. What’s more, Palmer has also been criticized for luring Cecil off of a wildlife preserve with the smell of a dead carcass, a practice that is largely illegal even in areas where big game hunting is allowed.

When word of Cecil’s killing spread, Palmer was expectedly the target of the Internet’s collective wrath. Even Jimmy Kimmel chimed in on the story during his Tuesday night broadcast. Also targeted in the wake of Cecil’s killing was Palmer’s dentistry practice where users have taken to Yelp and have bombarded the site with negative, and at times, hilarious reviews.

Below are a few of the funnier ones we’ve seen.