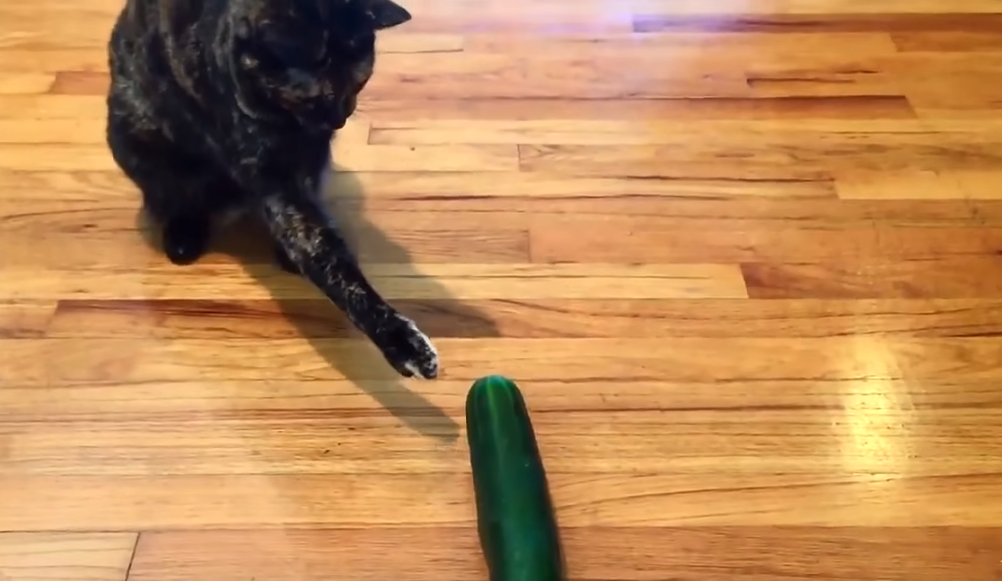 If you were on Facebook today, you probably noticed at least one of your friends posted a video of a cat flipping out at the sight of a cucumber. Apparently, the Internet has discovered that cats are for some reason afraid of cucumbers when they first see them, which has resulted in a lot of people placing cucumbers near their cats and recording their hilarious reactions.

FROM EARLIER: I didn’t want to watch this guy eat a stack of 10 McRibs at once… but I couldn’t look away

The video below serves as a nice compilation of assorted cats jumping at the site of cucumbers.

But why are all these cats getting so spooked by such harmless vegetables? Dr. Roger Mugford, a specialist in animal behavior, explained to The Telegraph that “I think that the reaction is due to the novelty and unexpectedness of finding an unusual object secretly placed whilst their heads were down in the food bowl.”

Regardless, this is one of the more entertaining Internet video trends we’ve seen in a while and we can only hope these cats weren’t too traumatized by the appearance of surprise vegetables.