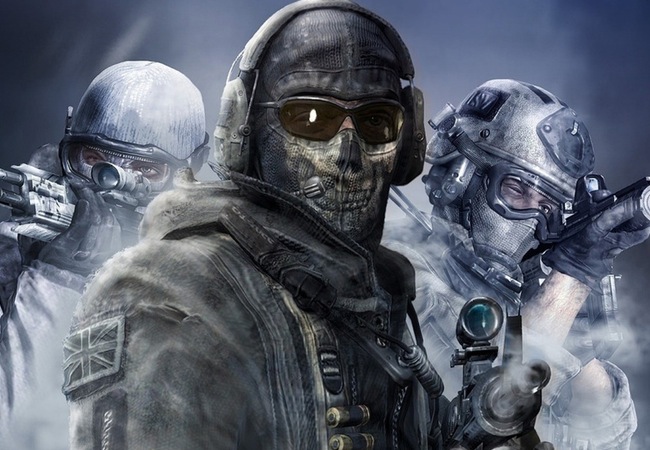 Activision’s smash hit Call of Duty: Ghosts racked up a cool $1 billion in channel sales during its first day of availability alone, which doesn’t quite approach Rockstar’s recent Grand Theft Auto V debut but still cements the game’s place in the record books. But not everyone is impressed. In fact, one reviewer thinks the latest addition to Activision’s popular franchise is the clearest evidence yet that modern military shooters have run their course and the entire category needs to be retired.

“I’m in space. I’m shooting a machine gun, in space,” Forbes contributor Paul Tassi began sarcastically as he laid into Call of Duty: Ghosts and the military shooter genre in general.

“I don’t know what else is left to do at this point,” he continued. “I’ve seen every major landmark on Earth blown up from the Eiffel Tower to the Washington Monument. I’ve killed Russians, Arabs, South Americans and dirty US traitors. I’ve had my character die unexpectedly so many times, it’s become expected. I’ve saved the world and watch it be destroyed through some variant of World War 3 over and over and over.”

The writer goes on to question how much further companies can take the decade-old modern military shooter concept. He suggests various titles are now blending together and the allure is gone.

“This isn’t a review of the campaign, it’s a diagnosis of the symptoms that plague the campaigns of nearly all ‘modern military shooters’ these days, and make me think it might almost be time to retire the concept entirely,” Tassi wrote. “It feels like less and less thought is being put into these campaigns, but that also combines with the fact that we’ve ‘seen it all before’ at this point, having played through nearly a dozen such stories across a multitude of different series.”

Tassi made some interesting and valid points — but money talks. Suggesting that a video game category should be retired after its latest entrant racks up $1 billion in sales during its first 24 hours of availability isn’t just curious, it’s crazy. The category clearly has legs and while it might seem like every possible scenario has already been covered, gamers are clearly still infatuated with shooting machine guns, be it in outer space or anywhere else.