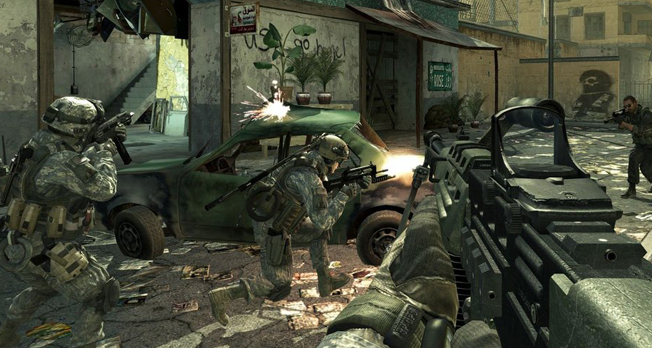 Activision Blizzard’s (ATVI) latest first-person shooter is a hit. Worldwide sales of Call of Duty: Black Ops II have topped half a billion dollars in 24 hours, making the game one of “the biggest entertainment launch(es) of the year for the fourth year in a row.” The game, which is available for PC, PS3, Xbox 360 and soon the Wii U, has grossed more than its predecessor Call of Duty: Modern Warfare 3, which raked in more than $400 million in its first 24 hours. While Activation didn’t reveal how many copies were sold, the company’s CEO did note that the Call of Duty franchise is now bigger than the two most successful movie franchises — Harry Potter and Star Wars.

“With first day sales of over half a billion dollars worldwide, we believe Call of Duty is the biggest entertainment launch of the year for the fourth year in a row,” said Bobby Kotick, CEO, Activision Blizzard, Inc. “Life-to-date sales for the Call of Duty franchise have exceeded worldwide theatrical box office receipts for ‘Harry Potter’ and ‘Star Wars,’ the two most successful movie franchises of all time. Given the challenged macro-economic environment, we remain cautious about the balance of 2012 and 2013.”

Earlier this year, Activision Publishing chief Eric Hirshberg predicted that the company’s next Call of Duty game would revolutionize the franchise. While it may not have been called revolutionary, Black Ops II has seen favorable reviews and is sure to be one of the best-selling games of the year.