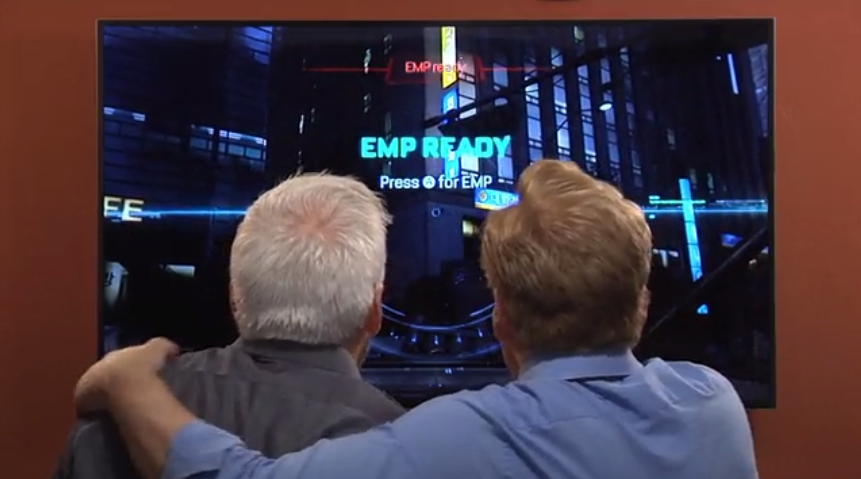 One of the most consistently hilarious features on Conan has been dormant for the past several months, but Clueless Gamer has finally returned alongside the launch of Call of Duty: Advanced Warfare. Conan O’Brien got the chance to play through the opening of the latest Call of Duty, and as you might expect, he found plenty to poke fun at, from Kevin Spacey’s lifeless eyes to the the lack of crosswalks in the future.

The hook of Advanced Warfare is the exoskeleton suit, giving players the ability to vault over walls and buildings, rip doors off of cars and track enemies more effectively, but if you were worried about Conan spoiling all of the action, put your fears to rest. A significant portion of the video involves Conan attempting to cross a street during rush hour traffic.

Call of Duty: Advanced Warfare is available now for PS3, PS4, Xbox 360, Xbox One and PC. We’ll have publish our thoughts on the game once we’ve had more time to test out the online multiplayer modes. I can only hope that our coverage will be half as incisive as Conan’s.