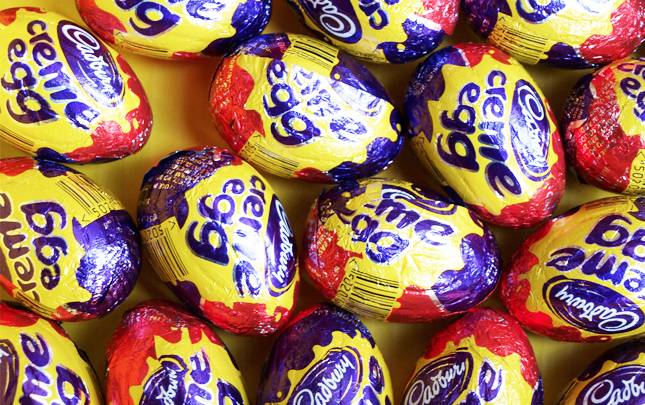 For years, children around the world have loved gorging themselves on Cadbury’s goo-filled chocolate eggs every Easter… but now the penny-pinching corporate bigwigs at Cadbury owner Kraft Foods might be needlessly messing with perfect. The Sun reports that “chocolate lovers have blasted Cadbury’s US owners for secretly bringing in a new ‘cheap’ tasting Creme Egg.”

RELATED: The sweetest new technology of 2014: A 3D chocolate printer

Apparently, Kraft decided to replace the Creme Egg’s traditional milk chocolate shell for one made from “standard cocoa mix chocolate.” A Kraft spokesperson tells The Independent that the new shell is “no longer Dairy Milk… it’s similar, but not exactly Dairy Milk.”

Given how much Kraft loves making things as cheaply and artificially as possible — recall this is the same company that once released a “guacamole” dip that contained no actual avocados and was instead green-colored congealed oil — we can’t say we’re surprised by this sad development.

The Independent also notes that Kraft has furthered its Scrooge-like reputation by removing one of the Creme Eggs from the Cadbury Creme Egg multipack, which has further enraged Britons who are used to having the goo-filled eggs as a staple of their Easter diets.